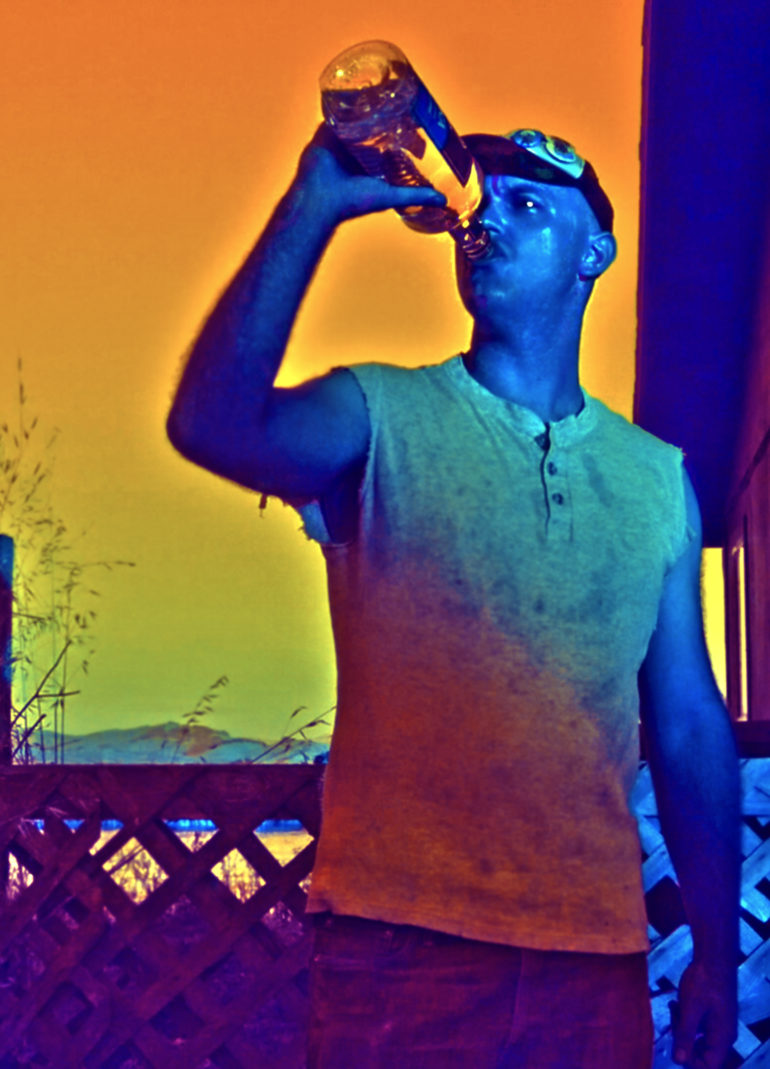 Abstract:
“Primal” is a video that documents the layers of individual memories and how events take place from a subjective point of view. The stories originate from encounters that the videomaker had during his 4293 KM walk across the USA. The footage is a mix from an archive of the videomakers life and re-enactments of the encounters he had during his hike. Strong variations of colors reinforce the use of the digital format used to make the video.The effect gives a similar feeling as an expressionist painting where the subjective point of view overpowers the need to objectively represent reality.

Biography:
Marco B. Fontichiari was born in 1992, he is currently working and living in Bologna, Italy. In 2018 he graduated in Film Studies from the Academy of Fine Arts of Bologna. His works are mainly video and performance pieces that question the relationship between human limits and absolute concepts. Marco has presented his work in several galleries and festivals among which, P420, 2016, Ibrida Festival, 2017 and METACINEMA, 2017.