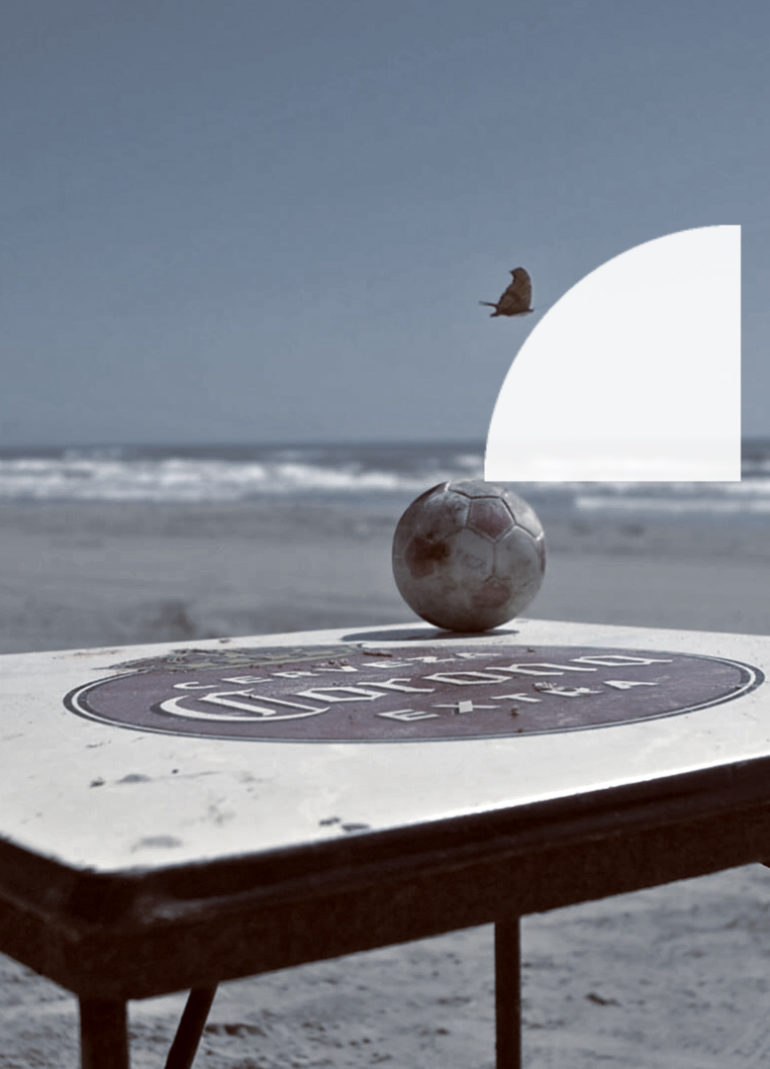 Abstract:
“Dakhla” reflects on the concept of uncertainty and the imprecision of a changing reality as an ever-present confrontation. Through a narrative that describes a metaphoric trip to the middle of the sea between two distant points on the same latitude to see life in perspective, representations of the ephemeral and unpredictable emphasize on the idea of a future that feeds off chance and speculation.

Biography:
Mauricio Sáenz (b. 1977, Matamoros, Mexico) is a visual artist with a practice spanning installation, sculpture, and video. His work explores the limits of impossibility as an active drive for transformation represented through notions as isolation, confinement, uncertainty and historical memory. He received a master’s degree from the Polytechnic University of Valencia in Spain and has displayed his work in video art festivals such as the European Art Media Festival in Germany where he was also nominated for the Dialogpreis of the German Ministry of Foreign Affairs, Proyector and MADATAC in Spain, Traverse and Instants Vidéo in France, and FIVA in Argentina, among others. He was recently nominated for the LOOP Discover Award in Barcelona.