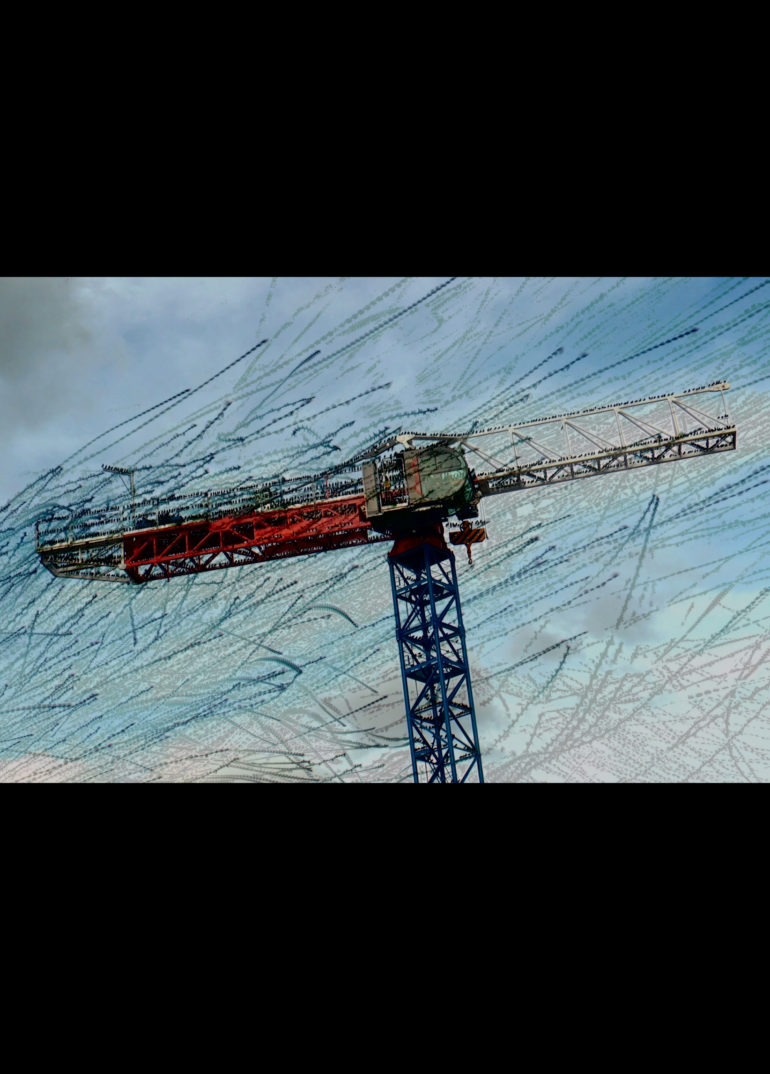 It is November in Marseille and Starlings flock together on a crane before they depart for Africa. Their invisible traces are reconstructed in the film, showing the patterns of these birds flight in a different way.

Jean-Michel Rolland is a French artist born in 1972. He has been a musician and a painter for a long time and has brought his two passions – sound and image – together in digital art works since 2010. With video art, generative art, audiovisual performances and interactive installations, he questions temporality – a genuine fourth dimension 0 which is inherent in the moving image, as well as the duality that exists between his two favorite media.