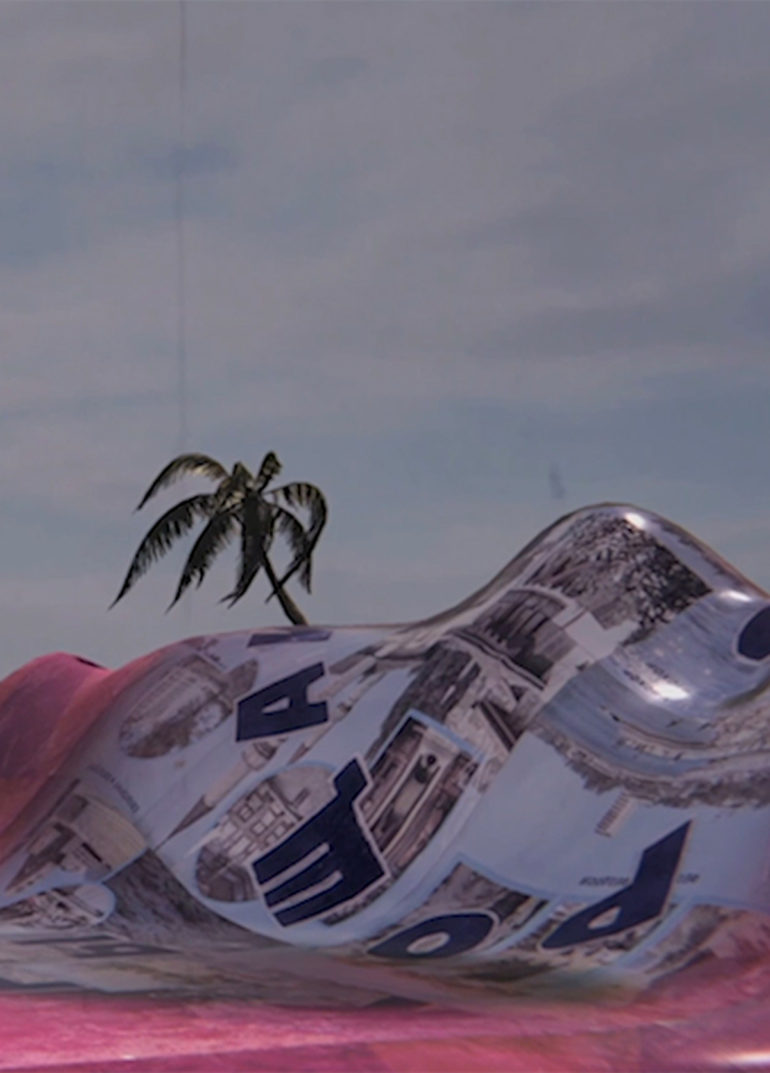 The video stems from an object I found in Belarus, in the village of Dobrowola. There, in an abandoned cottage, I discovered a photo album created by Boris, who once occupied the house. From various photographs, drawings and stencils in the album, I learned that between 1984-1986 Boris served in the military in Crimea, in the Soviet Black Sea Fleet. The contents of the album also revealed Boris’s keen interest in the cosmos, focused mainly on the radars near Eupatoria. My research around this object has been an open-ended exploration process. In search for answers to unasked questions, I discovered the first messages ever sent to deep space from this complex of radars.

Zuza Banasinska was born in Warsaw, Poland. She worked as a literary translator and studied History of Art and Philosophy at the Jagiellonian University before enrolling at the Academy of Fine Arts in Cracow, in 2015. She also studied at the Universität der Künste in Berlin in the class of Hito Steyerl. Her works have been shown in many galleries and museums in cities like: Berlin, Cracow, Warsaw, Venice, Kassel, Karlsrühe, Bogota, Moscow, St. Petersburg, St. Louis, Boston and others. She works predominantly in the mediums of photography and experimental film.