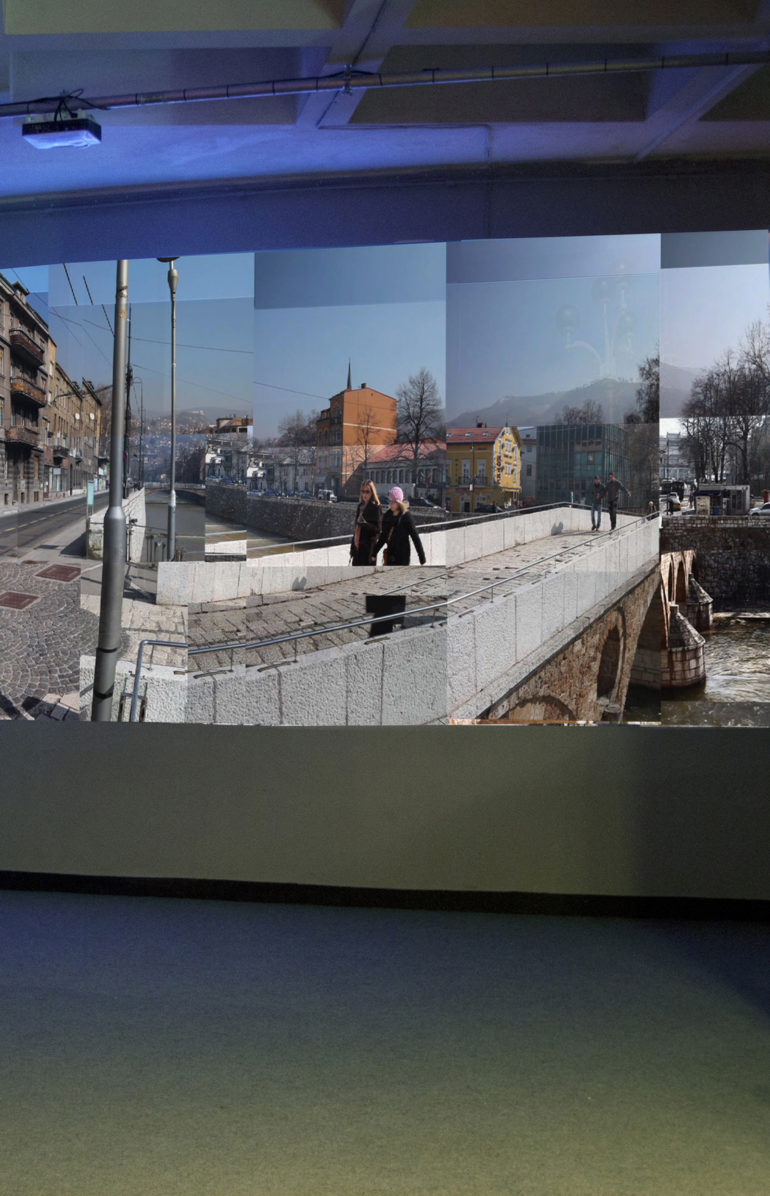 Abstract:
“COLLIDER_100: Sarajevo 1914” focuses on Sarajevo 1914 and 1992. It researches the site of 1914 Archduke Ferdinand assassination in Sarajevo followed by World War I, then by the total changes of the world map and National Library of Bosnia and Herzegovina fired on and burned during Bosnian war 1992-1995.