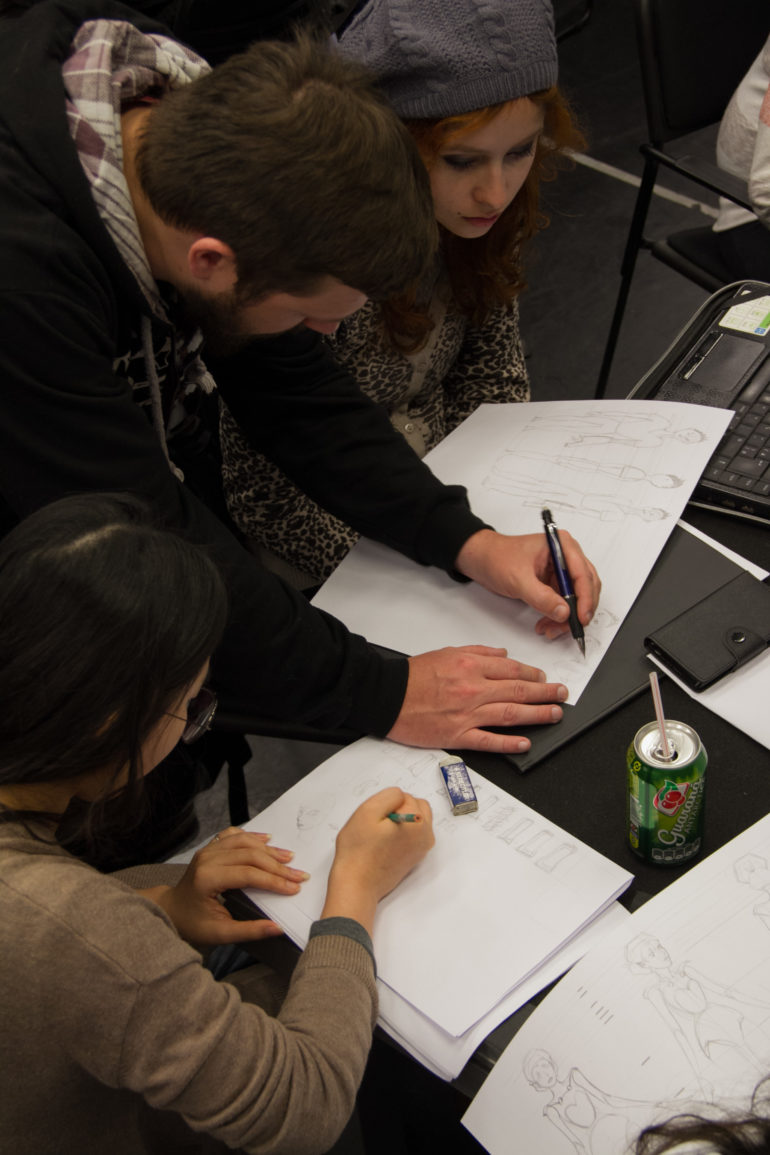 Abstract: The objective of the workshop is to show the participants how to develop functional and visually interesting characters for an animation. Character design is a key step in the creation and pre-production process of animation films. The concept of the word “character” does not include just the representation of human beings, but also the representation of creatures completely idealized. Considering this complexity, a good character designing is of great importance for the construction of a narrative where they work toward the story and make it more believable.
Bio: André Aguiar, illustrator, cartoonist, 2D animator, character designer, storyboard artist and scenic designer. Graduated at Quanta Academia de Artes in drawing and painting and professor at the same institution. Presented jobs in the areas of illustration, advertising and animation in partnership with major animation studios. He was director of animation for the series “Teca na TV”, exhibited in the Futura channel (TV Pinguim). From 2008 to 2012, he was animator and character designer for the series “Fudêncio e seus amigos” and “Infortúnio com Funérea” (Estricnina Desenhos Animados and MTV Brasil). Nowadays he is character designer for the Cartoon Network series “Historietas Assombradas para Crianças Malcriadas” (Glaz Cinema) and develops his original comic “Jockey”, which won the PROAC comic book prize.