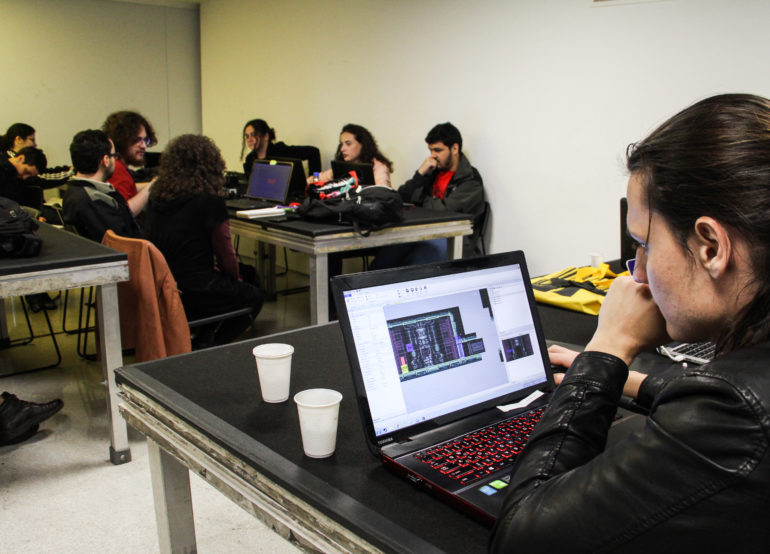 Game development is an activity that invariably comprises specific knowledge of a number of different areas. This interdisciplinarity can be a means of access for those who want to enter or know this area better, therefore the proposal of this workshop is to provide experiences in some of the main areas that are usually involved from the conception of an idea to the launch of a game in a way that each participant can come up with their own functional prototype.

BIO
Gabriel Camelo is a designer and animation specialist. He works with audiovisual production, as well as with games and interface, experimenting with processes and methodologies that move between analogic and digital.

Thais Weiller is a designer and game producer with experience as an academic researcher, teacher, pixel artist, painter…

Danilo Dias is an architect, pixel artist and creator of JoyMasher, responsible for the Oniken and Odallus games.

Arthur Zeferino has been a game programmer for 10 years. He has worked in companies such as Techfront, Loopix and Flux Game Studio. He is also the editor for the GAMESFODA website and game designer.