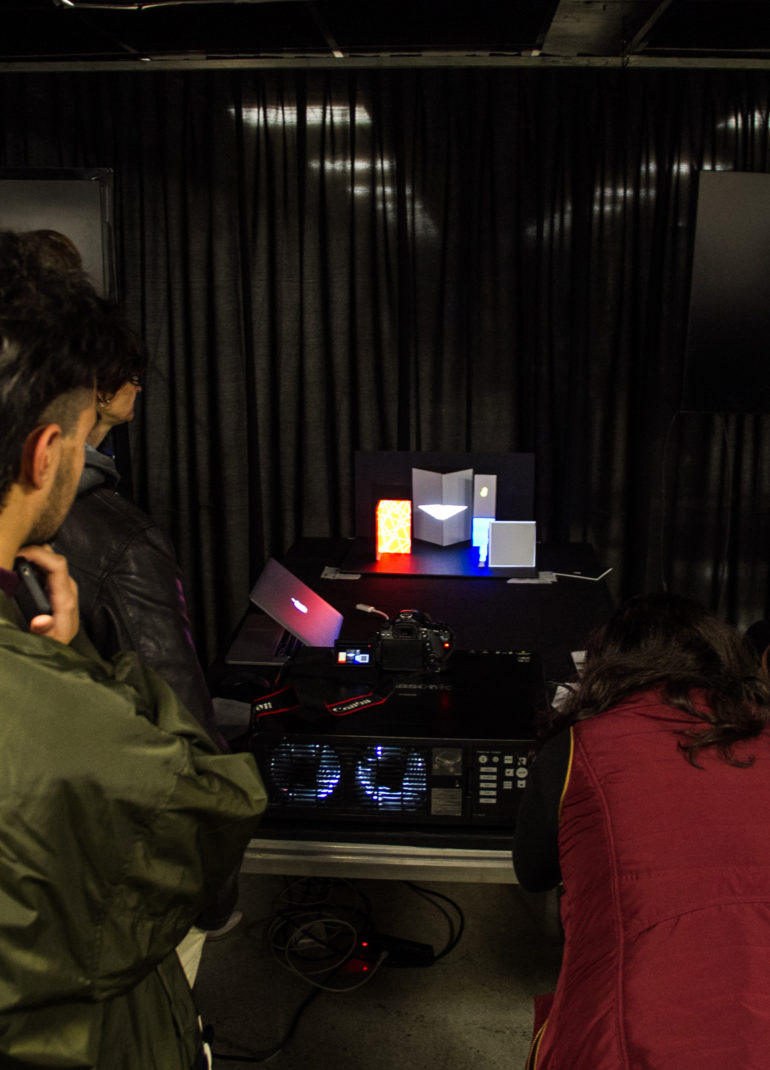 With the use of several innovative projectors and scenographic supports, a new volumetric composition
language of scenarios is presented, in which the moving image is projected onto unconventional
spaces such as bodies, objects, spaces.

BIO
Preto e Branco Studio began its activities in 1978, with the objective of operating in the photography, cinema and audiovisual language markets. Associated with ICOM (International Council of Museums) and as a member of AVICOM (Comitee for Audiovisual and Image and Sound New Technologies), it takes part in international festivals, congresses and workshops with the aim of developing and disseminating new forms of communication for culture. Directed by professionals in the area of photography, design, communication and arts, Preto e Branco Studio works in the cultural and corporate segments.

Daniel Grizante is an art director for animation and motion designer. Since 2002 he has directed and animated openings for TV shows and movies, video clips and commercials; participated in the production of short films and also in animated series such as Figurinhas Carimbadas and Zica e os Camaleões. As one of the designers of Preto e Branco Studio, he has been part of the production of several audiovisual pieces for shows, business events and exhibitions in Brazilian museums, such as the Immigration Museum and the Memorial of the Resistance.
He holds a master’s degree in Communication and
Semiotics from PUC-SP (2007) and is currently part of the studio team. He is a professor at the Istituto Europeo di Design and coordinator of the post-graduation in Animation at Senac Lapa Scipião.