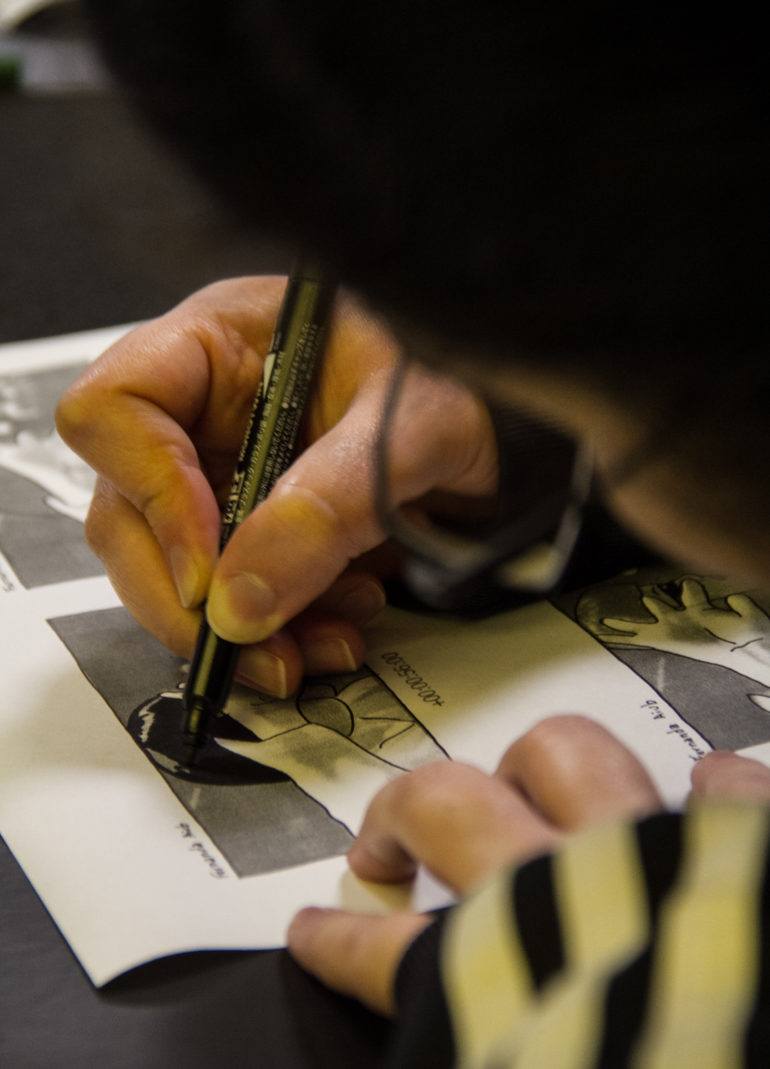 Rotoscopy in cinema is the technique in which one interferes frame by frame in the live action, with the objective of composing images and creating special effects. In animation, it is the technique that consists of creating cartoons from the frame-by-frame copy of the gesture of filmed actions.

BIO
Fábio Yamaji is a designer graduated at Mackenzie University and studied drawing, architecture design, maquetry, painting and scenic Mdesign. He has worked for almost 20 years as an animator, photographer,
film director, editor and illustrator. He has animated two hundred works for cinema, TV, internet and festivals for the main producers from the country. He has competed three times at the Annecy Animation Festival (France) and has won Anima Mundi three times. Professor of Animation at institutions such as IED Brasil, Mackenzie, Escola São Paulo and Anhembi Morumbi (post-graduation), he is also a co-founder of the Brazilian Association of Animation Cinema (ABCA). Specialist in Stop Motion and Experimental Animation, he has spoken at events such as Campus Party, Anima Mundi, Anima Fórum and Pecha Kucha.