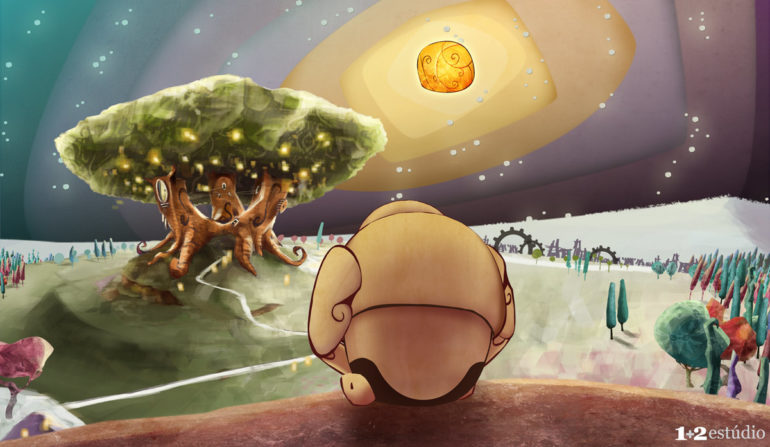 Abstract:
At every full moon, a magic hurdy-gurdy decides the future of the whole population of a mysterious planet. One of those beings, tired of such oppressing routine, will do whatever it takes to change his reality.

Biography:
Graduated in Advertising at the University of Sao Paulo, Marcus Vasconcelos studies animation, design, script and cinema since the first semester of graduation. Even in University, wrote and directed his first short and commercial films, with whom won some awards such as the best screenplay (Short Film Workshop – Fest. Int Short of Rio de Janeiro -2007) and best experimental short film (Festival Mato Grosso – 2006). In 2010, he had two screenplays for short films awarded in audiovisual production development bidding : the short films “Organ Barrel” and “Freckles”. He is currently Creative Director at Estúdio Teremim.