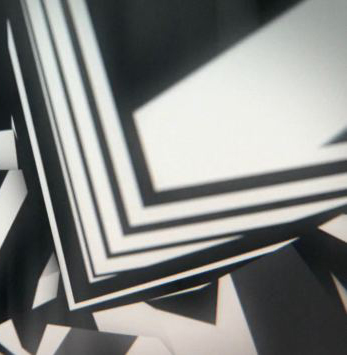 Abstract:
Exploring the tension between surface and volume, one gives birth to the other as white lines rise from black space and give shape to invisible structures driven by sound. A work inspired by Edward Wadsworth’s dazzling paintings and powered by the energetic music of The Glitch Mob. Track: “Fistful of Silence” from the album “Drink the Sea”.

Biography:
Markus Feder works as designer, animator and director. He co-founded Landjugend and started to make experimental music videos and short films which received international acclaim. His work has been published in magazines like Dazed & Confused, Stash and THE REEL and was shown at festivals such as onedotzero, BUG, Edinburgh Film Fest and Oberhausen.