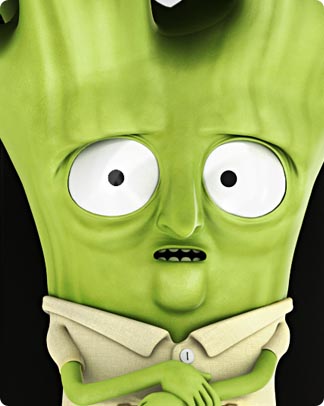 Abstract:
This is the story of a vegetable called Brock, who lives life as a martyr in a world that finds no room for his taste.

Biography:
PepperMelon is a Character Branding and CG Character Animation Power-House based in Buenos Aires, Argentina, whose head directors and producers have been involved in film and commercial productions for the last 8+ years. PepperMelon has developed several pieces for major international companies, such as Nike, Hewlett Packard, MTV International & Latin America, VH1, Nickelodeon, Cartoon Network, Zune, The Guardian and LION Gates