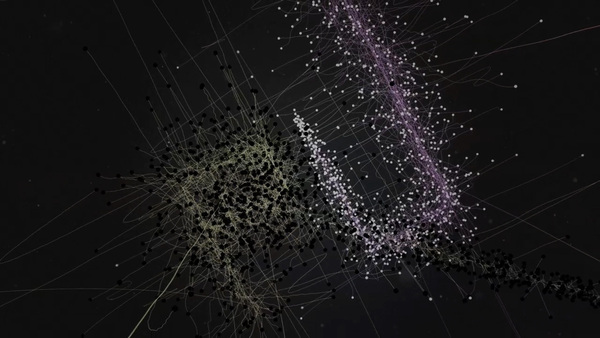 Abstract:
This is an experimental piece whose concept is to combine a data visualization aesthetic with typography. The result is simplicity becoming complexity then returning to simplicity.

Biography:
Born in Edmonton, Canada and graduating with distinction from Vancouver Film School. Ryan’s work has received global recognition and has won several awards including the Adobe Design Achievement Award for his student project Duelity. Following school, Ryan was hired at THANK YOU motion graphics in Copenhagen, Denmark. From there he moved on to freelance in Sydney, Australia. Today he has set up to continue freelancing in Vancouver, Canada.