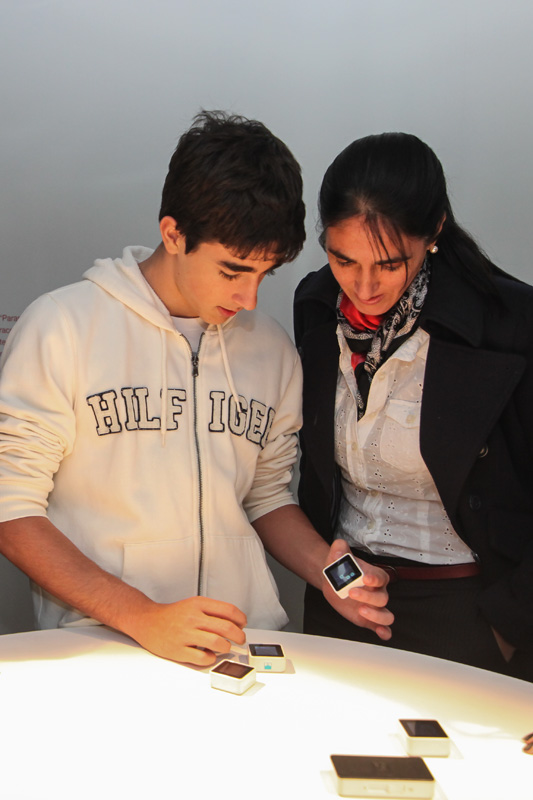 Abstract:
“Parapluie” is a fast & competitive multiplayer race game developed with Sifteo cubes technology. Each player must lead a cyclist in a maze to find the hidden umbrella. The first player to bring the treasure back to the starting point wins.The first game mode is about dexterity and spatial memory, but the second one is also about team work.
“Parapluie” is a digital game that reminds the “physicality” and the proximity actions of traditional tabletop games.

Biography:
One Life Remains is an eclectic French indie collective comprised of a game theorist, a prototype developer specialist, a programmer, a sound heckler, and even an illusionist. They all work in Paris, where they share a common flat which is used as a headquarters where they work, meet, sleep, play, cook, create experimental games, give live performances and organize events such as exhibitions, game jams, workshops, game evenings, and conferences. Their work attempts to reach beyond the gaming community, engaging a broad range of people in the cultural and digital art scenes through video game events.