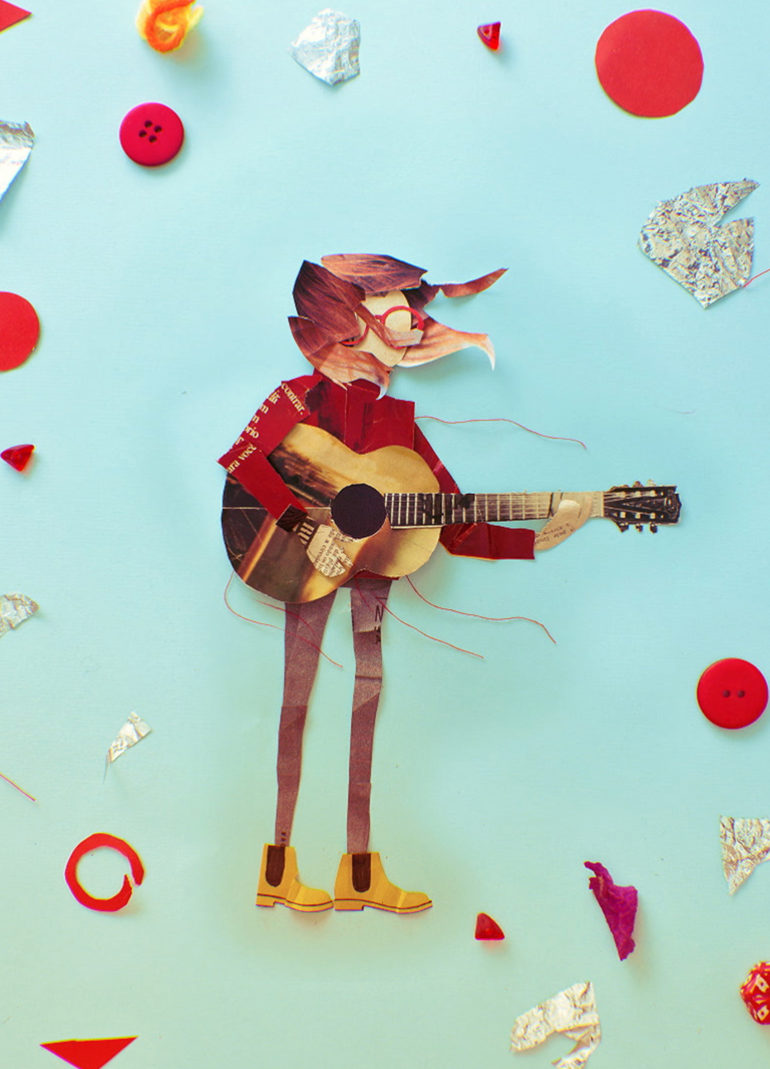 Abstract:
A girl makes her way to womanhood. She is destroyed again and again, but stubbornly rebuilds herself. She must come to terms with the forces changing her from within and without for her individual voice to emerge. Official videoclip for the song “Morte E Vida Uterina”, by Brazilian composer Paula Cavalciuk, the videoclip is a stop motion animation of the first track on the composer’s first disk “Morte & Vida” (2016) and is animated from real objects such as threads, buttons, tree leaves, chains, and clippings from old magazines and assorted newspapers. The work was supported by the Municipality of Sorocaba’s Culture Incentive Law.

Credits:
Produced with institutional sponsor of Prefeitura Municipal de Sorocaba, through the Secretary of Culture – Incentive to Culture Law nº 11.066/2015.

Biography:
Daniel Bruson is an independent Brazilian graphic artist and director of animation. He works with film, video clips, TV series, the visual arts, advertising and music. Among his works are the short “Pete’s Story”, winner of the Portfolio Film category at the Anima Mundi festival in 2016, the short film “Me, by J-Money”, part of the Preschool Poets project, and the music video “Morte E Vida Uterina” by Paula Cavalciuk. He is art director for the film “Bob Cuspe – Nós Não Gostamos De Gente” (currently in production) and is designer and co-producer of Febre – the Sorocaba Music Festival and Conference.