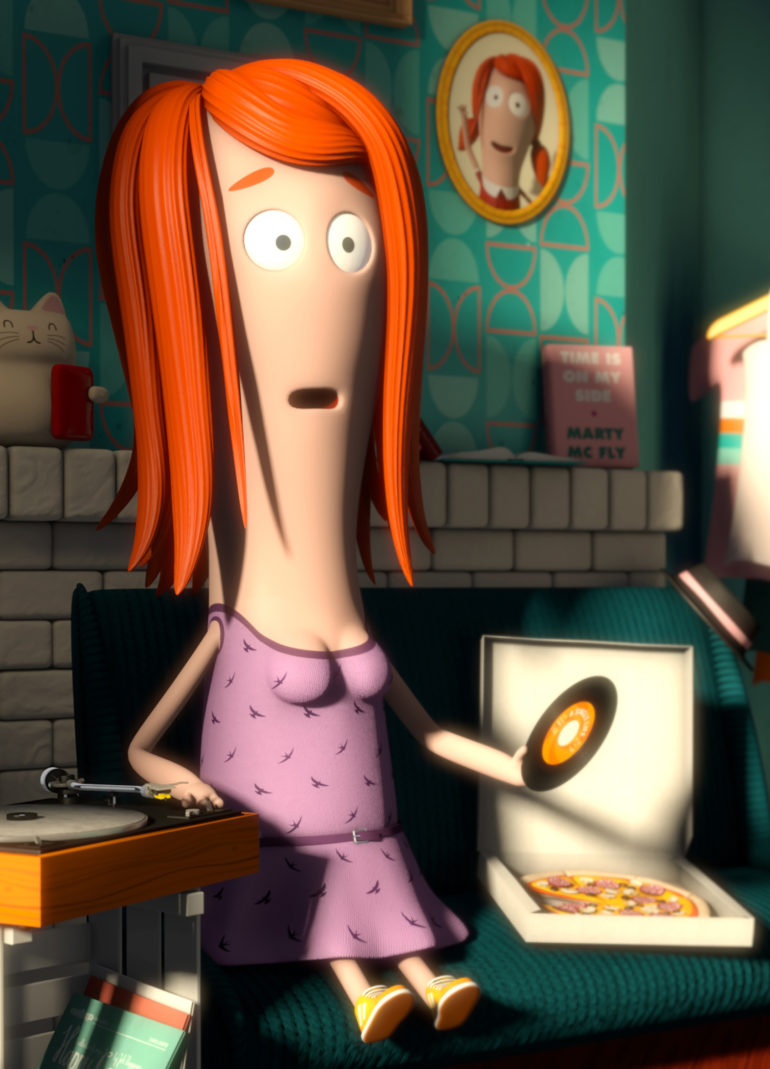 Abstract:
When playing a mysterious vinyl single, Pia is suddenly able to travel through her life.

Biography:
Job, Joris & Marieke is a Dutch animation studio. Job Roggeveen, Joris Oprins and Marieke Blaauw are three former design students with a love for storytelling. They started their studio in 2007. They make short films, music videos and they do commissioned work. Their films are characterized by tragicomic absurd stories inhabited by inept characters in simple iconic designs always accompanied by a catchy melancholic tune. Altogether this creates the unique universe of Job, Joris & Marieke. In 2013 their slasher film “MUTE” was released. Their second short “A Single Life” was nominated for an Academy Award® in the category best animated short in 2015. Since then the studio focused on making short films. “Otto” was released in 2015 and it had premiere at the TIFF festival in Canada and it was nominated for a Rocky Award. In 2016 their 21 minute film “Heads Together”, made in co-production with Viking Film and VPRO, was released and it has been nominated for the Prix De Jeunesse.