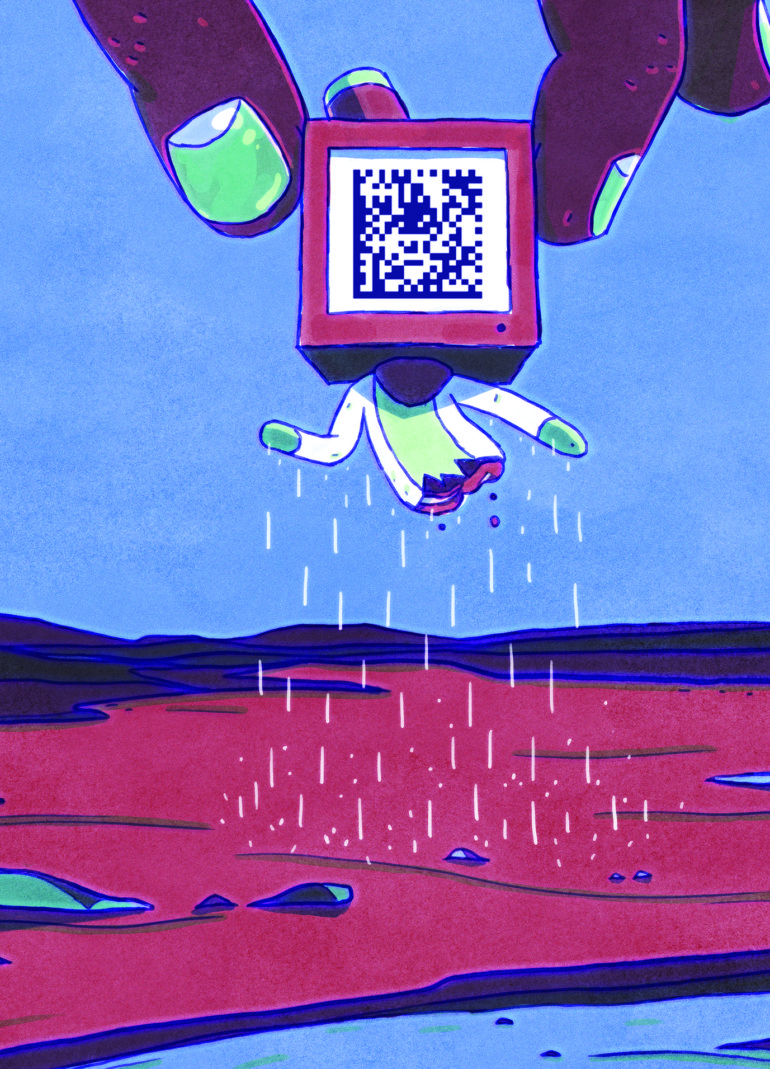 Abstract:
Hezad, the composer of the track is a friend of mine, musician. He’s releasing his first vinyl EP soon untitled “Microsongs” and composed of 14 short tracks. For each track he ask a designer/illustrator to do one image he will print as a bonus of the vinyle (I joined you this image). And as I loved the track I decided to make a clip-loop.
The image got a QR-code on it, it’s directly linked to the clip-loop.

Biography:
Hugo, a 27 year-old boy, always a pencil and a sketchbook in his hand, and plenty ideas floating in his head. Curious by nature, he can’t stop to diversify his doings. He draws and writes a lot and overall, he loves to make movies from A to Z. After a 2-year diploma specialized in engraving at Estienne (Paris), he integrates Gobelins (Paris), in 2012 for a 3-year diploma in conception and direction of animated movies. In 2013, while he is still student, Hugo is co-directing his first animation film “Roots” in Kawanimation (Paris). In 2015, he directs the movie “Autumn” produced by Tant Mieux, and won the audience award at the Zebra festival in Germany. He’s actually juggling between his personal projects, the writing of an animated series and independent productions with his 12-brain collective, the STZ (Souviens Ten-Zan).