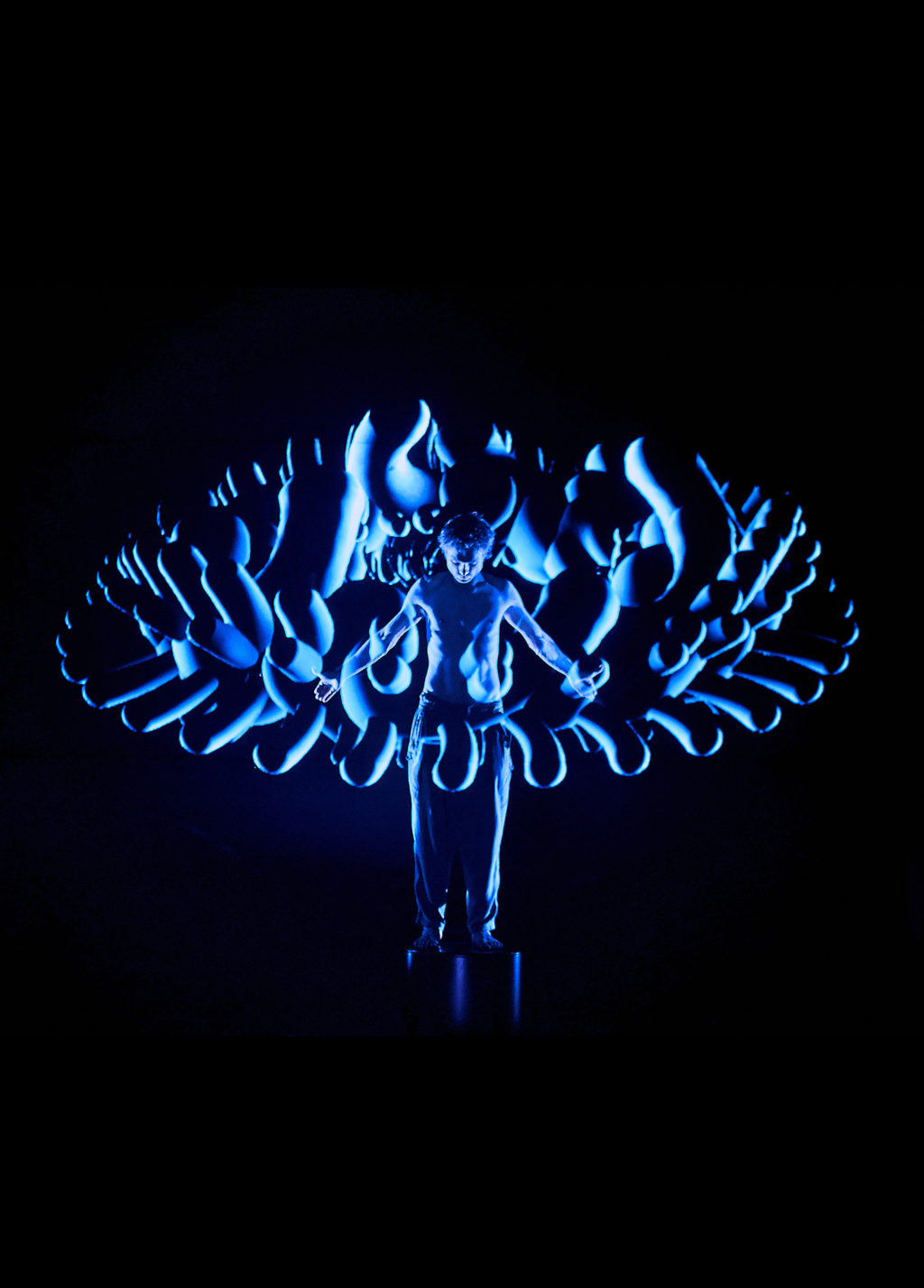 The narrative of this work is very basic: a protagonist creates a universe and is then engulfed by it, continuously alternating between control and loss of control. Instead of telling an elaborate story, the piece attempts to entice the audience away from a rational state into a trance – not unlike that experienced during a psychedelic trip. The music and visuals draw inspiration from organic forms and behavior, bringing the digital alive.

Visual music performance group duo Silicium aims to reinvent the audience’s experience of a performance using new technologies. Music and visuals are composed in parallel and are given equal emphasis to achieve audiovisual unity