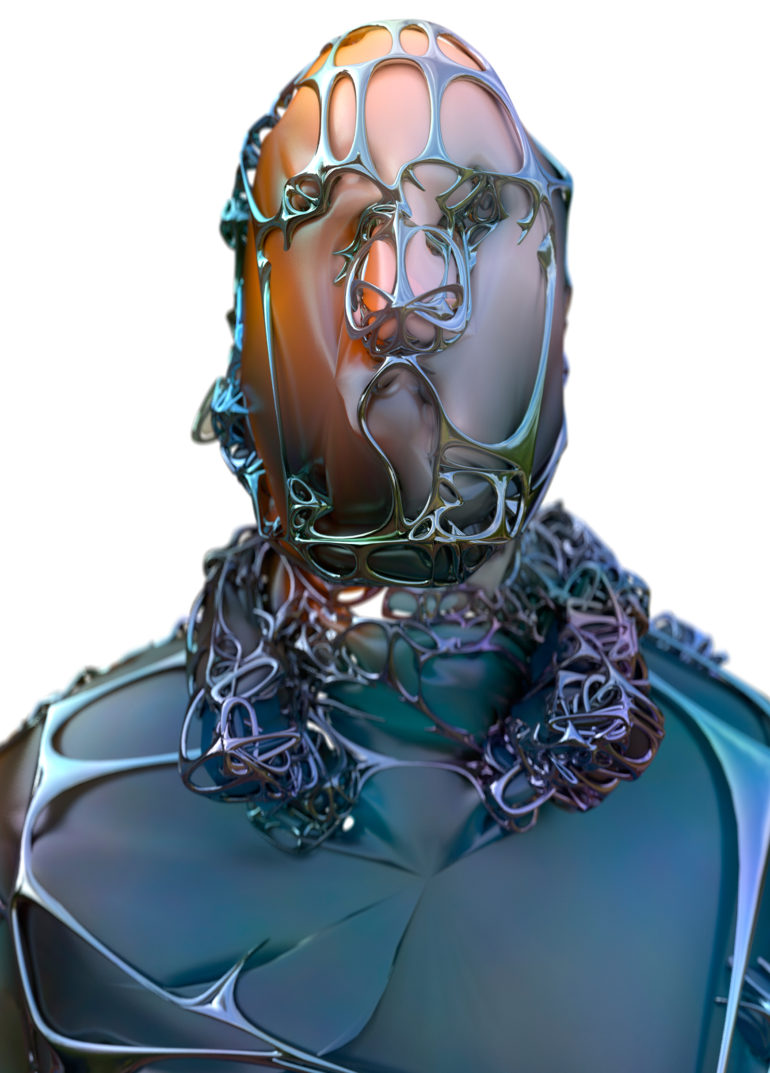 ‘Secure Shell Copy’ is an ongoing series of figurative sculptures that capture the complexity of our evolution towards a greater digital existence. The digital sculptures begin as 3D scans of people, methodically captured by the artist as he ‘dances’ slowly around the person with a hand-held device. While 3D scans attempt to capture a “truer” version of someone than a 2D photograph, this low-resolution scanning process takes nearly a minute, introducing the 4th dimension of time as the subject lives and breathes. Because the resulting 3D model is infinitely thin, the scan is another kind of illusion, a mere “shell” representing only the most surface version of a person.

Chris Coleman was born in West Virginia, USA and he received his MFA from SUNY Buffalo in New York. His work includes sculptures, videos, creative coding and interactive installations. His work has been shown in exhibitions and festivals in more than 20 countries. His open source software project ‘Maxuino’, developed with Ali Momeni, has been downloaded more than 75,000 times by users in over 120 countries and is used globally in physical computing classrooms. He currently resides in Denver, CO and is a Professor of Emergent Digital Practices at the University of Denver.