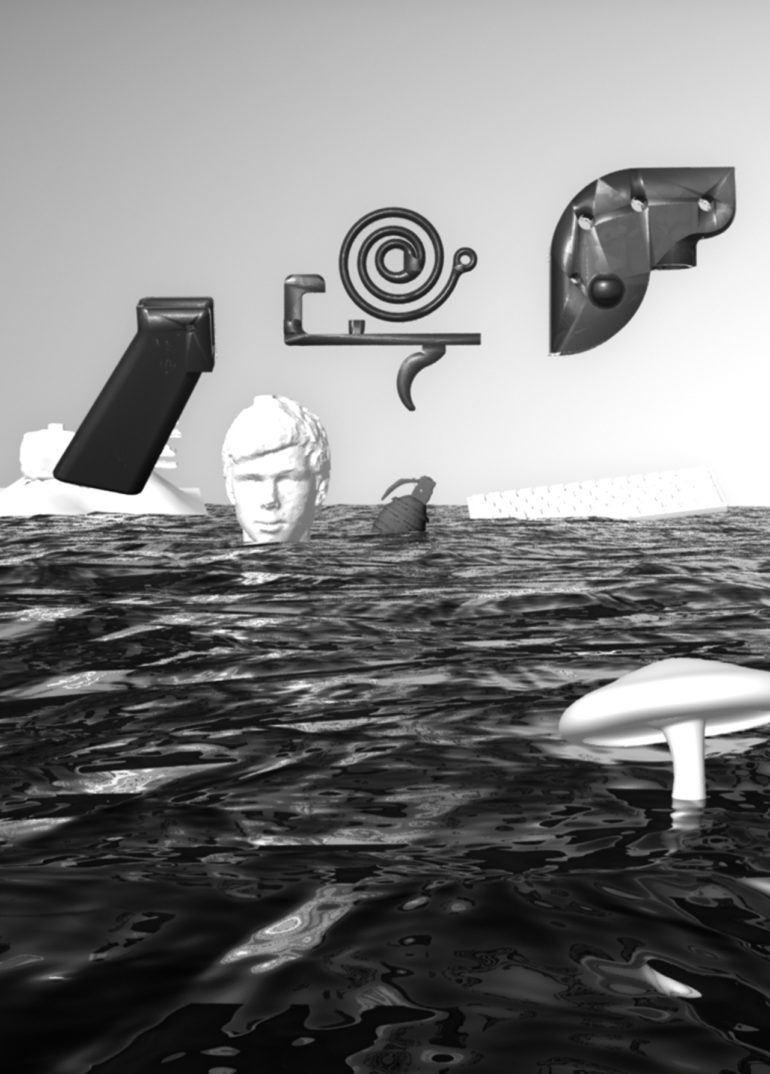 In March 2015 Allahyari & Rourke released The 3D Additivist Manifesto, a call to push the 3D printer and other creative technologies to their absolute limits and beyond into the realm of the speculative, the provocative and the weird. The 3D Additivist Cookbook is composed of responses to that call, an extensive catalog of digital forms, material actions, and post-humanist methodologies and impressions. #Additivism is a portmanteau word created from ‘additive’ and ‘activism’. It is a movement concerned with critiquing ‘radical’ new technologies in fablabs, workshops, and classrooms; at the social, ecological, and global scale. The 3D Additivist Cookbook questions whether it is possible to change the world without also changing ourselves, and what the implications are of taking a position.

Morehshin Allahyari is an artist, activist, and educator. She was born and raised in Iran and moved to the United States in 2007. Her work deals with the political, social, and cultural contradictions we face every day. Researching dark goddesses, monstrous, and djinn female figures of Middle-Eastern origin, Allahyari devises a narrative through practices of magic and poetic-speculative storytelling, re-appropriation of traditional mythologies, collaging, meshing, scanning, and archiving.

Daniel Rourke is a writer/artist based in London. In his work Daniel creates collaborative frameworks and theoretical toolsets for exploring the intersection of digital materiality, the arts, and posthumanism.