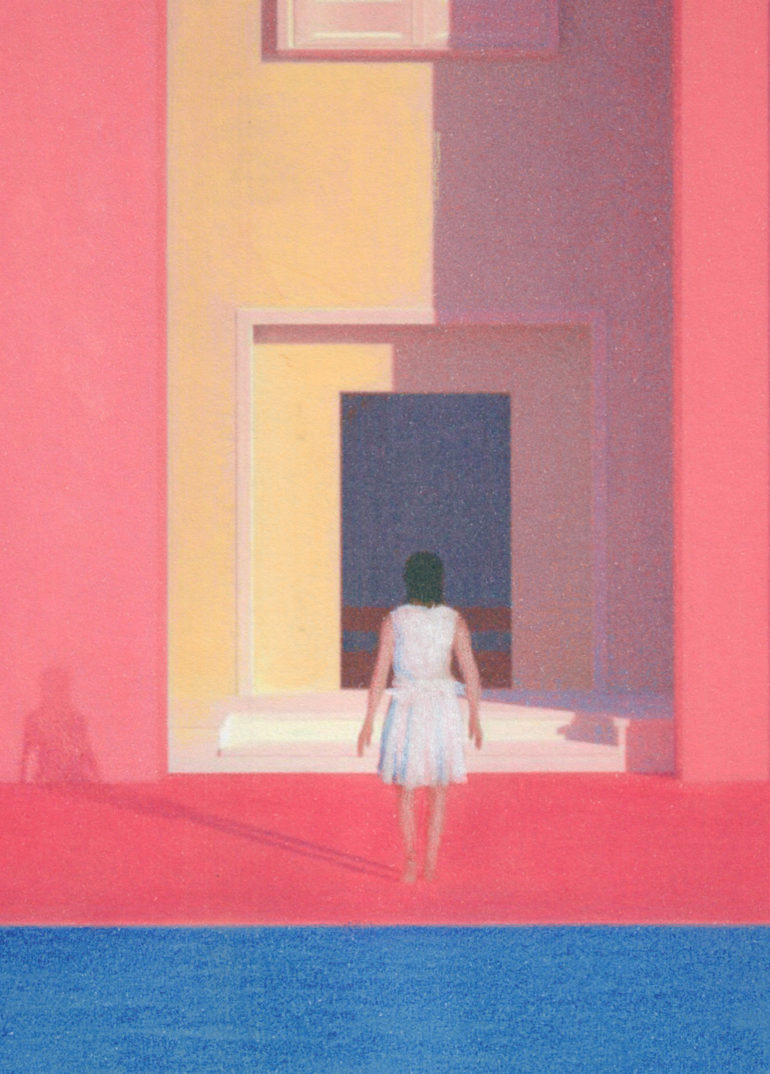 Created using a blend of CGI and traditional hand-drawn animation, ‘Mitski: A Pearl’ offers an interpretive visualization of the heightened feelings one goes through in the late stages of a relationship. This music video was initially modeled, colored, lit, and animated digitally using several types of 3D animation software. After the digital version was finalized, all 1,480 frames of the video were then individually printed using ink jet printers. The images were then overpainted and drawn on using traditional animation techniques. Finally, the newly illustrated frames were scanned back into the computer, color corrected and sequenced into the final film.

Saad Moosajee is a New York City-based director, designer and animator working at the intersection of design and animation. He is interested in the potential of moving images, technology and design to tell new stories and create rich visual experiences.

Danae Gosset is a designer and animator from Paris who currently lives and works in New York City. Her work has been recognized by organizations such as The Art Directors Club, D&AD, Graphis Annual, and The Type Directors Club.

Art Camp: We are a creative studio devoted to crafting rich experiences in the form of video, animation, photography and design. Our goal is to reach hearts, feel deeper, see differently, hear in new ways. Since 2016 and always.