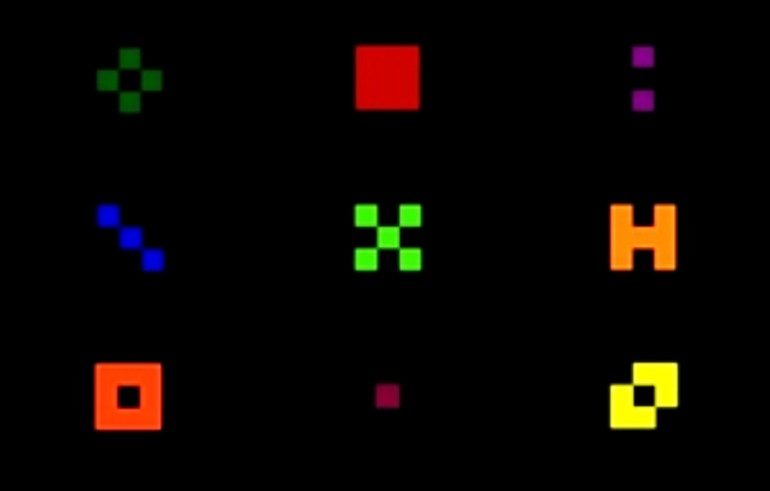 Abstract:
The design of the numbers uses the model of the literal number of squares representing itself. One is represented by one square, two by two squares, etc. In the process of designing the square forms, I discovered that the odd number figures were the visual negative of the even numbered figures. In the The squares have been designated colors according to their relative positions in the spectrum of visible light. Original soundtrack by Mark McCoin.