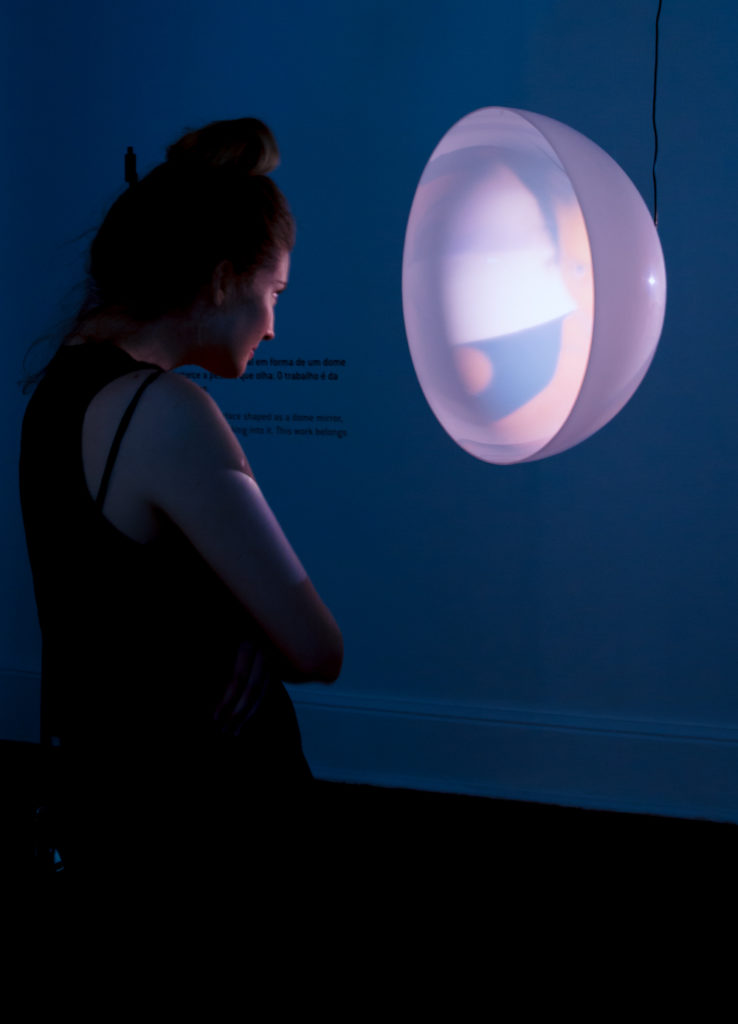 “On Shame” is a digital interface shaped as a dome mirror, which distorts the person looking into it. This work belongs to the Psicossomáticos series.

Developed in cooperation with Scott Simon while on residency in the Creativity and Cognition Studios in UTS, University of Technology Sydney, Australia.
Awarded by the EMAN EMARE European Media Art Network.