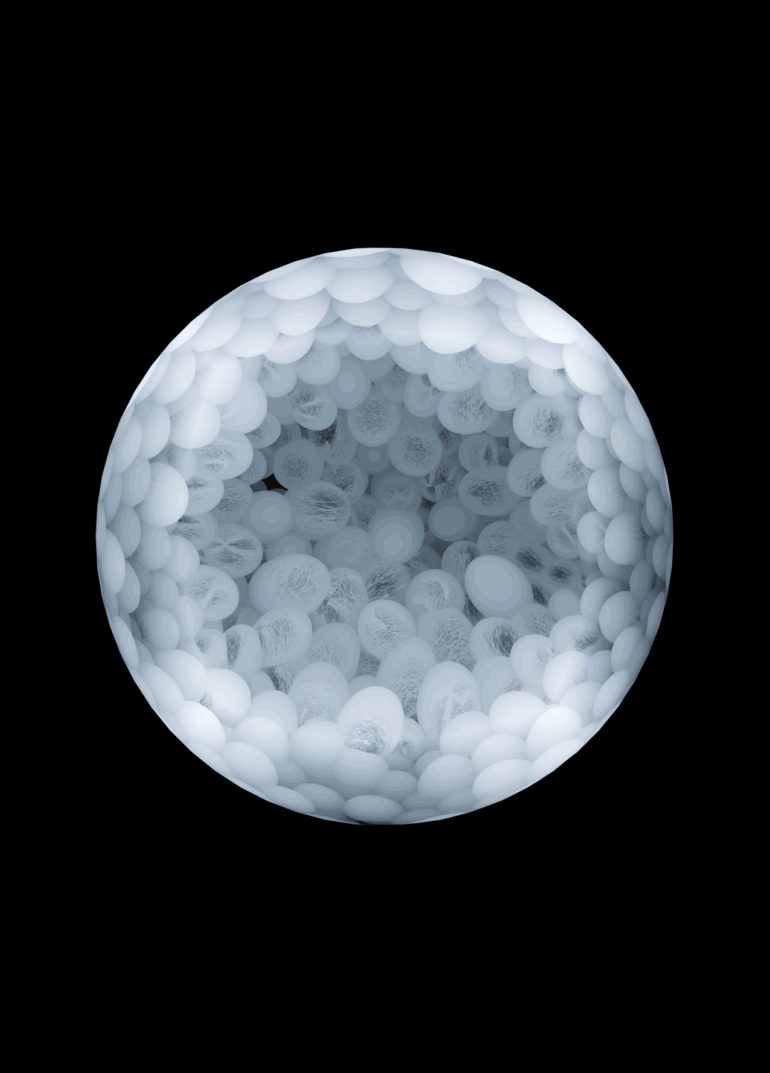 In This Convex Hull

A convex hull is the smallest convex mathematical set which contains a larger set of points. In short, it represents a boundary that serves to define a population. In ‘In This Convex Hull’ viewers are confronted with visual stimuli which encompass their entire field of view. The progression of the piece is such that it moves from airy abstraction to claustrophobic constriction as flat geometric abstraction gives way to teaming biological forms moving in ever more frenetic ways – the viewers’ perceived sense of space transforms from one of atmospheric openness to that of enclosure and encroachment. Entirely generated through C++ code, ‘In This Convex Hull’ seeks to use the ephemera of code and pixels to carve out phenomenological physicality though its transformation of scale, sound, space, and tempo.

Credits:
‘In This Convex Hull’ was originally commissioned by Arlington Cultural Affairs (Arlington, VA, USA) to inaugurate a series of works by artists made specifically for exhibition in the David M. Brown Planetarium in Arlington, VA

Brandon Morse is a Washington, DC based artist who works with generative systems as a means to examine the ways in which physical phenomena such as entropy and emergence can function in ways that are both poetic and metaphorical. Through the use of code, and the creation of custom computer software, he creates simulations of seemingly complex systems resulting in video and video installations that seek to draw parallels between the ways in which these systems work and the ways in which we, both individually and collectively, navigate the world around us. He has exhibited his work in museums, art spaces and galleries across North America, Asia, and Europe