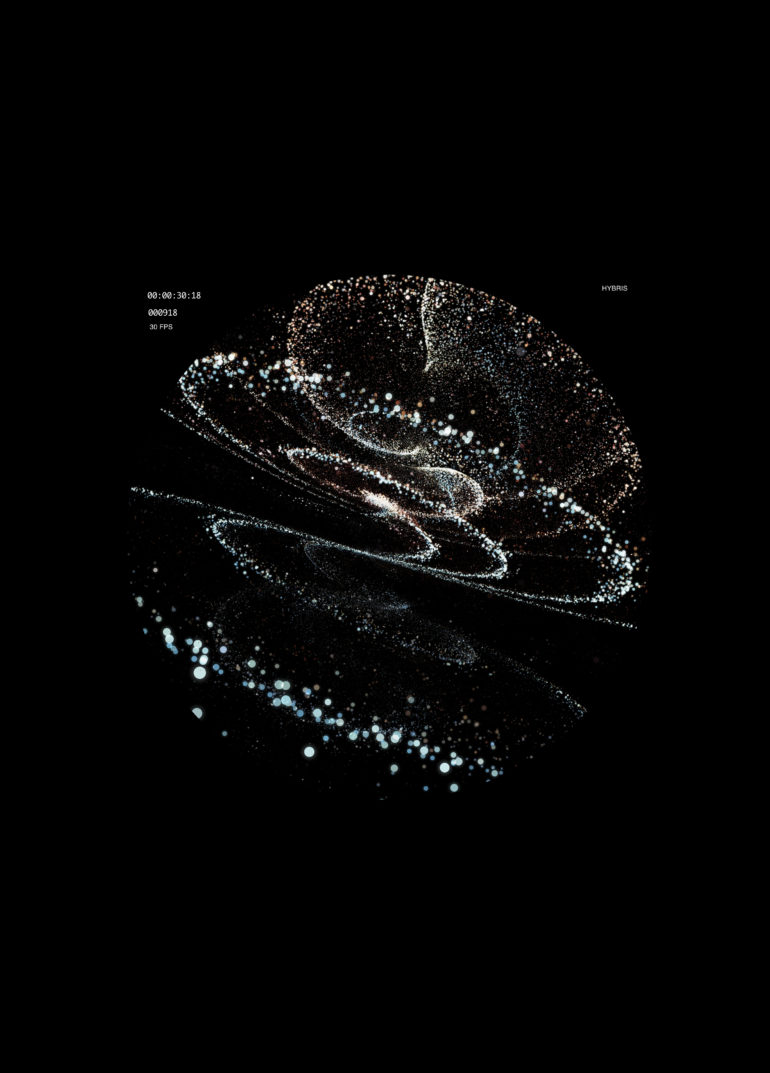 ‘Hybris’ comprises a series of works inspired by a fragment from an article about climate change; Global warming – in many cases – has caused one species to delay its reproductive cycle until it coincides with that of the other species, sometimes one of the species begins to colonize a geographical space that was forbidden before.The mating and crossing of animals of different species and provenances forms a new hybrid species that sometimes survives and is fertile, sometimes it is born with malformations and mutations and dies. The piece is an exploration of a universe of light and sound that produces ephemeral beings that appear and disappear.

Carmen Gil Vrolijk: Artist, teacher and academic. Holds a BFA and an MA in Literature. Currently she is an Assistant Professor on the Media Arts Master’s course at the University de los Andes in Bogotá, Colombia. She has also participated as an artist, lecturer and curator at events on new technologies, art and science in Colombia, Latin America and Europe. She currently combines her teaching activities with the creation of interactive multimedia projects and focuses mainly on video manipulated and controlled in real time, video mapping, monumental projections, and performing arts.

Camilo Giraldo Angel: Guitarist, Composer and Producer, with experience in dance, theater and multimedia. He has recorded more than 15 albums. Since 2008 he has composed for several contemporary dance companies such as Corpus Lab and L’Explose. He is also currently working with the guitar trio Trip, Trip, Trip and on the project retroViSOR and La Quinta del Lobo. He also works as a producer in his recording studio.