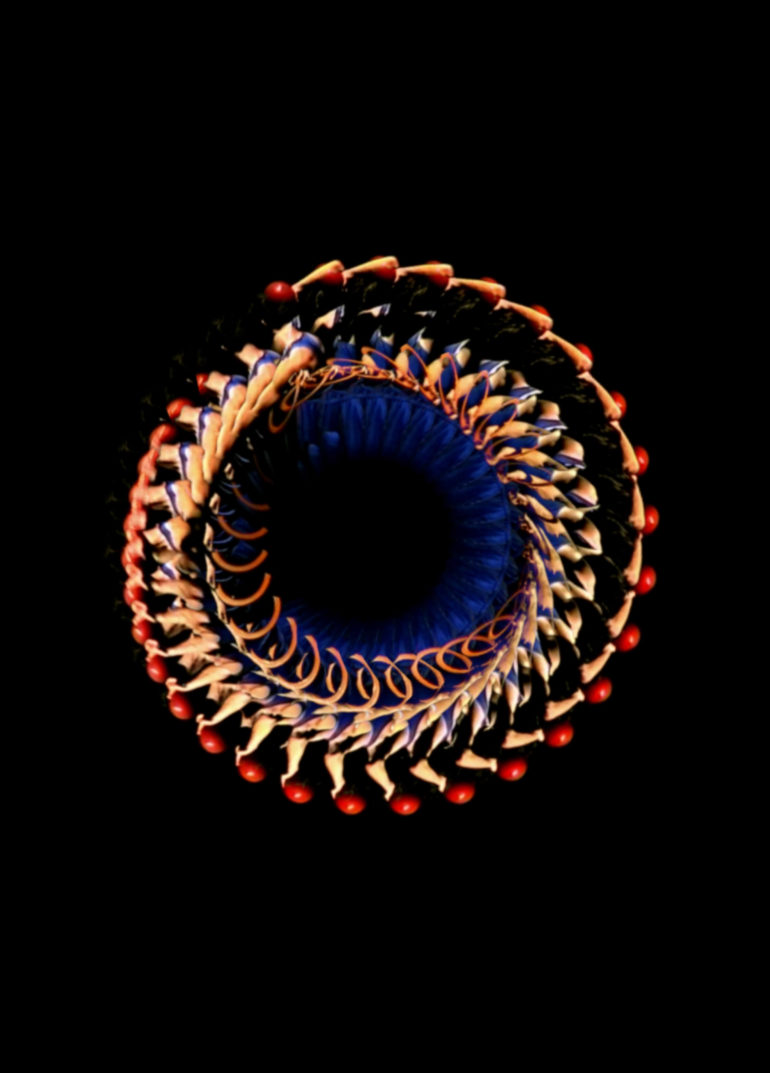 Superimposing the consecutive moments of a performance and playing around with the timeline makes the whole pattern of movement visible in a video. In this early piece of mine I used a juggling performance* as a basis to achieve an abstract visual as organic as the real footage.

*The original video was performed by Mike Day from Gandini Jugling.

Erdal Inci was born in Ankara in 1983 and is currently based in Istanbul. He studied painting in Hacettepe University and since then has been working with different mediums such as photography, photogrammetry, video and digital art. His art is based on concepts such as movement, repetition, time, pattern and performance and has a hypnotic effect, suggesting a genuine way of performance.