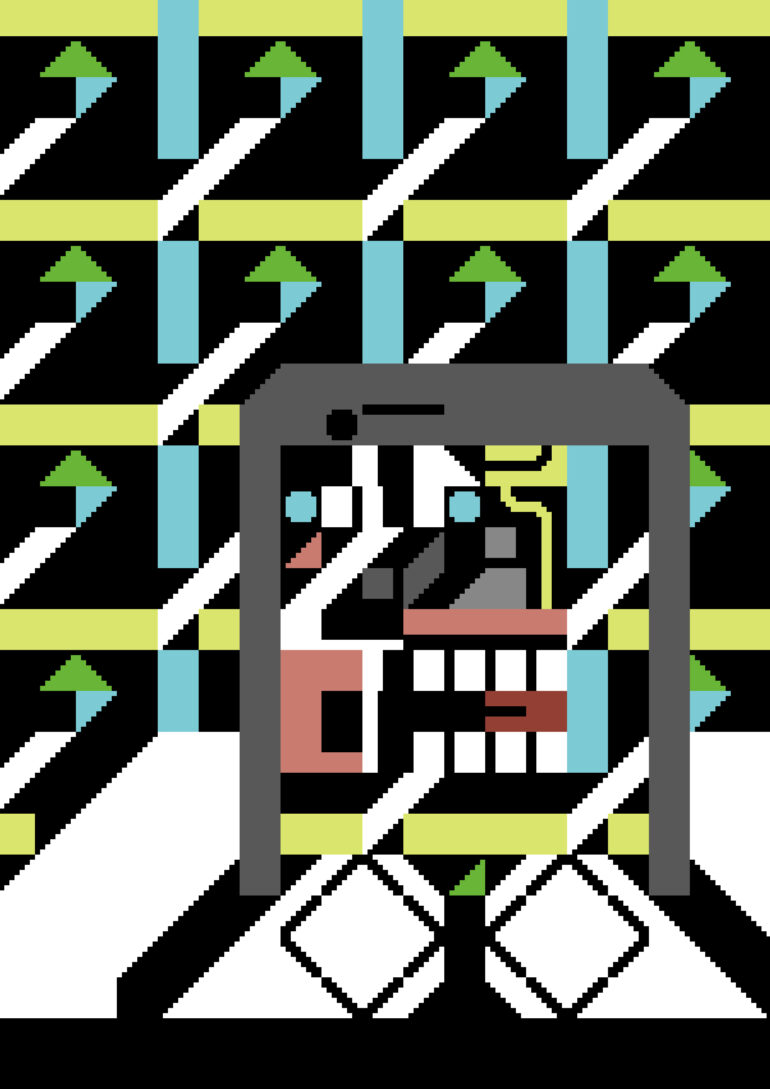 Among the animations of the ANIMA+GAMES 2022 exhibition, FILE highlights the participation of the guest artist Raquel Meyers, presented to the public in a selection of 9 works that embody creativity, aesthetic inventiveness, technical and critical expertise. This artist and performer defines her work as KYBDslöjd. The acronym refers to the term “keyboard” and slöjd, Swedish word, relates to dexterity, skill. The concept expresses a type of expanded typing, with which she creates animations in a continuous flow of 8-bit text.

At first glance, her experimental work presents a retro and nostalgic aesthetic, inspired by Concrete Poetry and Brutalist Architecture. From a generation familiar with the fax, arcade, cassette tapes, VHS and Polaroid, she uses teletext as a support in her creative process, an innovative resource that was developed between television companies in the 70’s, and a Commodore 64, home computer model created in the 1980s.

With these tools, Raquel Meyers creates mythologies composed of robots, zombies, mummies, vampires and lo-fi monsters. On screen, the 40 fixed characters on a line correspond to pixels, which combined produce images in 20-24 lines, 800-960 characters per page, enabling creative low resolution exploration, also found in Pixel Art and ASCII Art. In these animations, the rhythm of obsolete technologies is resignified and a new dynamic is proposed, as a way of overcoming the addictive system of instant gratification, characteristic of the Digital Age.