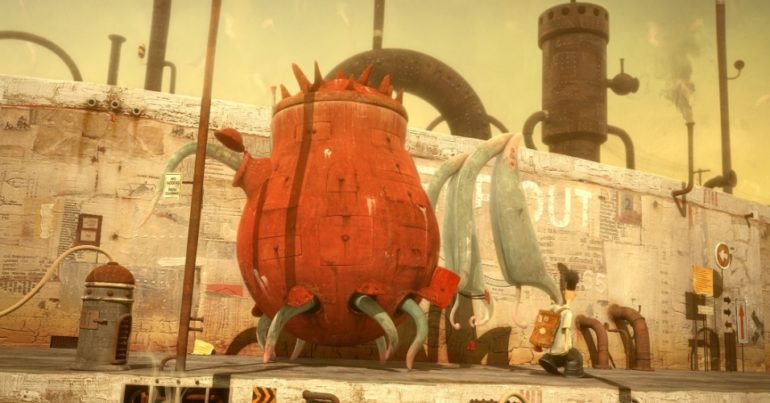 Abstract:
A boy discovers a bizarre looking creature while out collecting bottle tops at the beach. Having guessed it is lost, he tries to find out who owns it or where it belongs, but is met with mute indifference from everyone else, who barely notice its presence. For reasons he does not explain, the boy empathises with the creature, and sets out to find a ‘place’ for it. (2011 Academy Award – Best animated Short Film).

Shaun Tan: began drawing and painting images for science fiction and horror stories in small-press magazines as a teenager, and has since become best known for illustrated books that deal with social, political and historical subjects through surreal, dream-like imagery. Shaun has also worked as a theatre designer, and worked as a concept artist for the films Horton Hears a Who and Pixar’s WALL-E. He is currently co-directing a short film with Andrew Ruhemann and Passion Pictures Australia; his most recently published book is Tales from Outer Suburbia. Andrew Ruhemann: Andrew Ruhemann is the owner and executive producer of Passion Pictures, which he established in 1987 as a production company supplying animation and special effects. Previously he worked as a producer at the Richard Williams Studio, makers of the award winning animation for the feature film “Who Framed Roger Rabbit?”