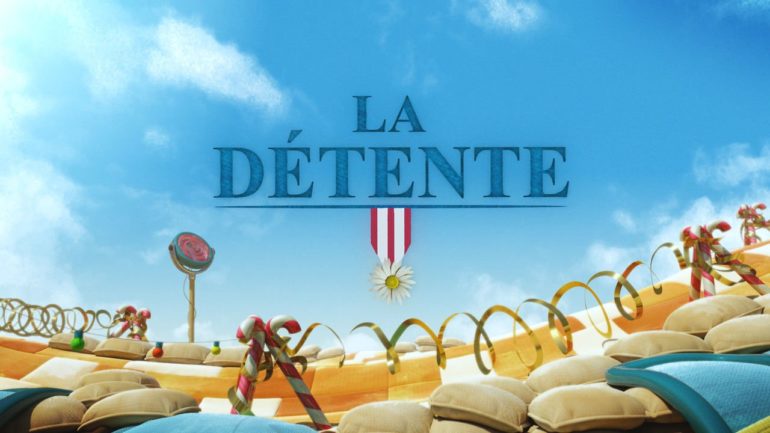 Abstract:
In a trench during the First World War, a French soldier becomes paralyzed with fear. His mind disconnects from reality and escapes to a world where wars are fought by toys.

Biography:
Pierre Ducos and Bertrand Bey were born in 1982. They met at Supinfocom Arles, a 3D animation school in south of France. After the success of “True Colour” Pierre finished his course in the field of directing/animation from the world renowned School of Gobelins in Paris whilst Bertrand worked as an animator on a Luc Besson Production, also in Paris. This talented duo’s objective is always to keep making music videos, commercials, and films, with an emphasis on strong character design, allowing them to keep on spraying the screens and telling stories with their incredible visual skills. They’ve recently taken some time out to finish their new amazing short film “La Détente”.