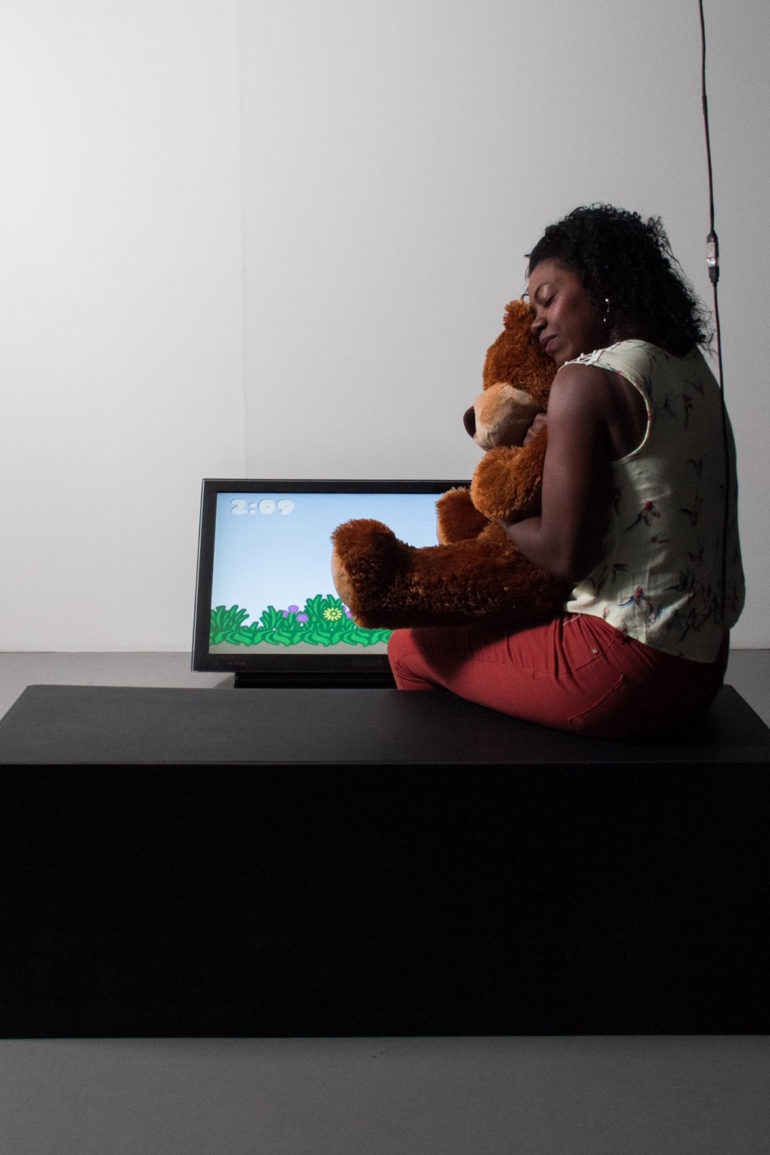 Abstract:
“Big Huggin’” is an affection game designed for use with a custom teddy bear controller. Players complete the game by providing several well-timed hugs to a 30 inch teddy bear. “Big Huggin’” is an art gesture and game system. The work is displayed as a playable game with a single control – a teddy bear wired for affection. The controller allows for varied levels of hugging, so the player must be careful to hug (not squeeze) the stuffed bear using their entire body.

Biography:
Lindsay is an associate professor at American University and founding director of the American University Game Lab and Studio. His game designs have received awards from the Games for Change Festival, Meaningful Play, Advances in Computer Entertainment and Gamescape. He has published more than 40 papers, articles and book chapters on games since 2009. His creative work has been selected for showcase in more than eight countries and 12 states, including New York, Paris, Rio De Janeiro, Singapore, Istanbul, Sao Paulo, Chicago and Vancouver. He has given talks at the Game Developer’s Conference (GDC), SXSW, Games for Change Festival/Tribeca Film Festival, the Boston Festival of Independent Games and many others. Current academic liaison and former vice president (2015-2016) for the Global Game Jam™, Lindsay also served on the board for the Digital Games Research Association (DiGRA) between 2013-2015.