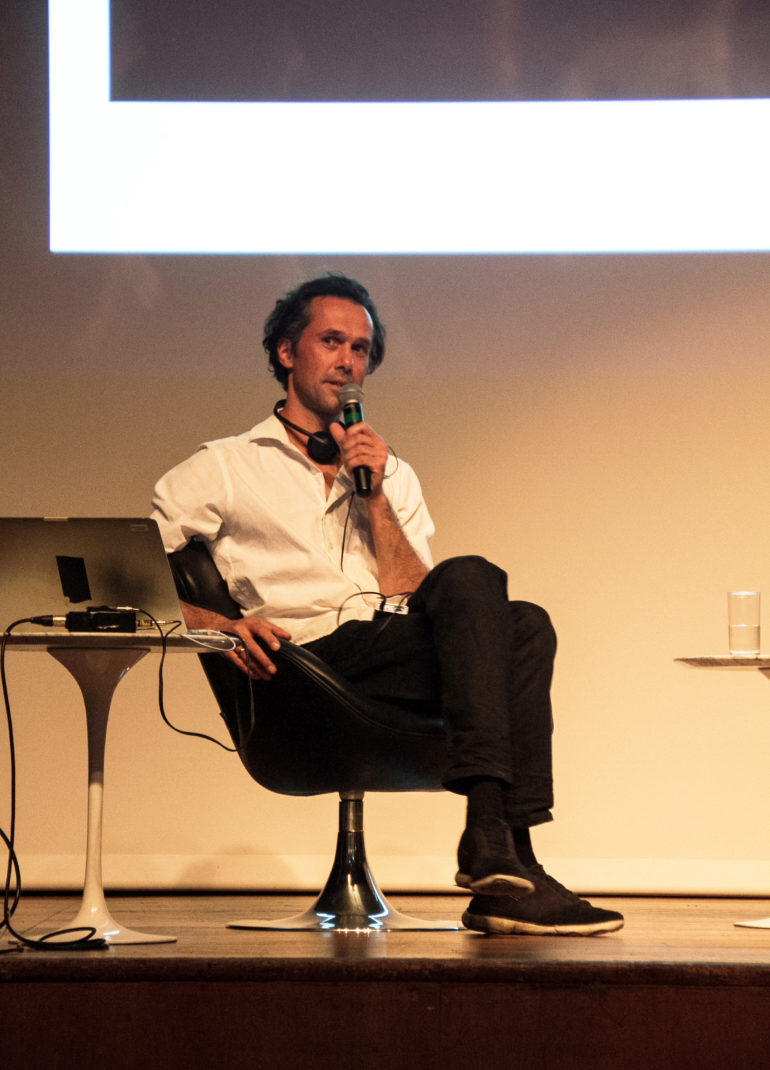 Over its 18 years, FILE has aimed to show the influence of modern technology on the arts, which began with aesthetic investigations which exploited the new phenomenon of the internet to produce web art and net art, hypertext and hypermedia, all from the perspective of interactivity and non-linearity. During the first decade of this century, it was rare to encounter events which exhibited these aesthetic expressions and the emergence of FILE, the Electronic Language International Festival, emerged very much as a result. In an explosion of creativity, a new post-avant-garde revival was seen, for a new world had emerged: the virtual world.
From the beginning, the FILE festival has been part of this world. During those first ten years, new modalities appeared and disappeared in the intense and organic dynamic cadence typical of the new technologies, one moment a novelty, the next, obsolete. Forms such as web art, robotic art, browser art, computer art, sound art, digital art, panoramas, VRML, interactive cinema and so on came together in interactive installations. They had to respond to the question of the exhibition space and the interaction of the public with the works using technological devices. This resulted in the public becoming more involved in the work.
We can now say that technology art has reached the age of majority. Its aesthetics and artistic values are changing in parallel to those of contemporary art. It stands out not only in dealing with the new, but, above all, in its innovation, in the convergence between technological creativity and artistic creativity.
FILE’s exhibitions have always been collective, as one of the festival’s commitments has been to show, in addition to the works, the diversity of expression that technological art permits, through the inclusion in the festival of animations and electronic games – both of which have been experiencing rapid change as the result of technological innovation. Collective exhibitions are important as they give us a wide-ranging view of what is happening in a specific moment in time in different countries, through the poetic development of each artist.
Over the last 18 years, some artists have produced a body of works which consistently and cohesively explore innovation and creativity through technology. Now, FILE can realistically consider the possibility of an individual show, with the introduction of a new exhibition form as part of the festival, which we call FILE SOLO.
FILE SOLO exhibits a group of works from a single artist, exploring the creative possibilities of the interdisciplinary and technological relationship. For our first FILE SOLO, which is on show only at the CCBBSP venue, we have chosen the Belgian artist Lawrence Malstaf. His work is situated on the border between the visual arts and theater. He creates installations and performances which draw their inspiration from the physical and the technological.
Lawrence gives each visitor the opportunity for an individual experience, as they visit sensory and immersive rooms, helping them become a co-actor in the work.