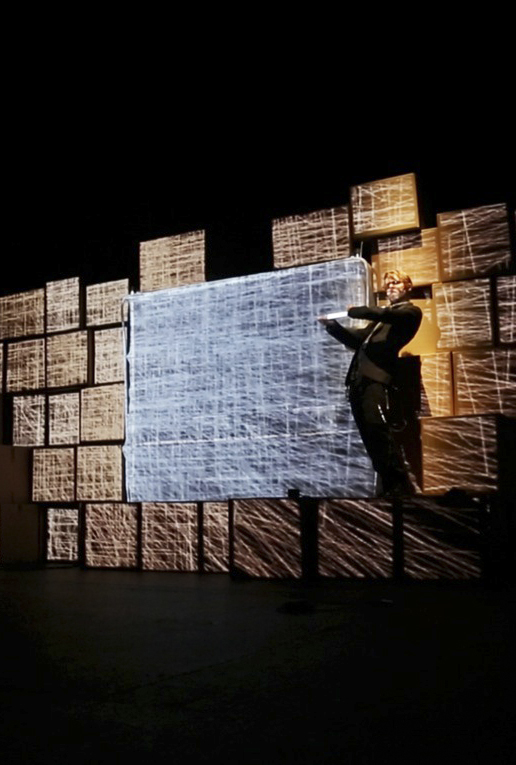 Abstract:
“Crise” is the second part of the trilogy “Euphorie, Crise, Recession”.
The show presents itself as a “TED, ideas worth spreading” conference, renamed “FED, worst ideas spreading” for the occasion.
To recreate this poisoned era on stage, FF & FRZ use some unlikely musical instruments and a vast cardboard scenery, augmented by their video mapping science.