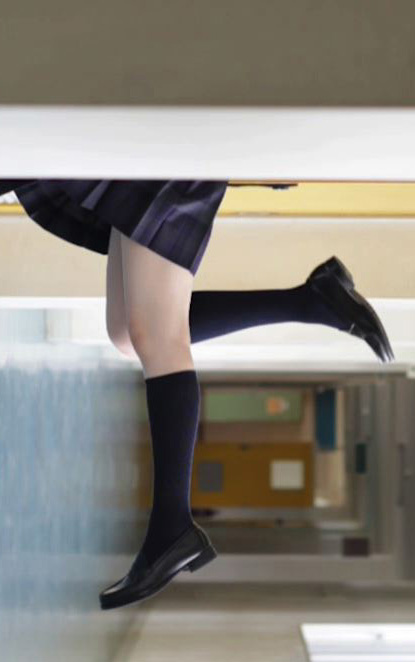 Abstract:
The anonymous singers in this group have asked the likes of video artists, photographers, designers and playwrights to direct and produce their music clips in recent years. The result in each case has been an outstanding experimental collaboration. It is impossible to see the singers, but they have reincarnated to a certain extent in the known creative artists who work as a medium. We see images of girls singing, but in fact they are just lip-synching the lyrics.
Music Clips:
Mukiryoku Switch (2011) (Directed by Yuki Aoyama)
Sora mo toberu hazu (2013) (Directed by Yuni Yoshida)
Hey!! Nyan? (2012) (Directed by Manabu Koga)

Biography:
Sayonara Ponytail is an elusive 12-member pop group. They eschew stage performances, releasing their music only on CDs and the social media. Since 2011, they have released three albums, as well as three mangas depicting themselves as melodies and lyrics which became an online sensation and have also been used for anime theme songs. The group have attracted a solid core of music-oriented pop culture fans.
The five key members of Sayonara Ponytail do not give any stage performances. They appear only as anonymous characters in their own mangas and CD jackets. In the music clip directed by Manabu Koga, the girls appear to be moving about weightlessly in space. The scenes, in fact, were shot underwater to simulate weightless conditions.