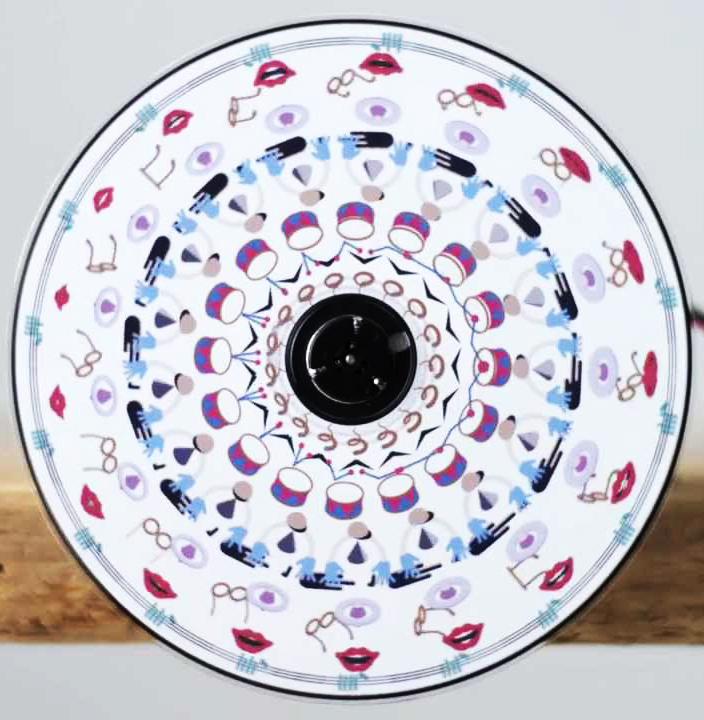 Abstract:
This is a music video for the Japanese band SOUR’s new song “Life is Music”. The song sings about the circle of life, and how music is its rhythm maker. We took this concept, and came up with an idea to use the spinning CD disc as a Phenakistoscope. We created the entire animated music video using 189 spinning CDs. These CDs used in the video are sold on the special website as numbered limited edition art discs, so the fans can own a piece of the music video. The discs were also given to the supporters on the 2 crowdfunding sites, GreenFunding and Kickstarter.

Biography:
Masashi Kamamura was born in Tokyo, and raised in San Francisco. He currently works as Creative Director / Founder of the Creative Lab PARTY. Masashi’s work has been recognized in international awards such as NYC ADC, Cannes Lions, One Show, D&AD, Annecy Animation Film Festival, and more.
Kota Igushi was born in 1984 in Kanagawa. He is a creative director and a video artist at some firms, including CEKAI and TYMOTE, where he works as representative director.