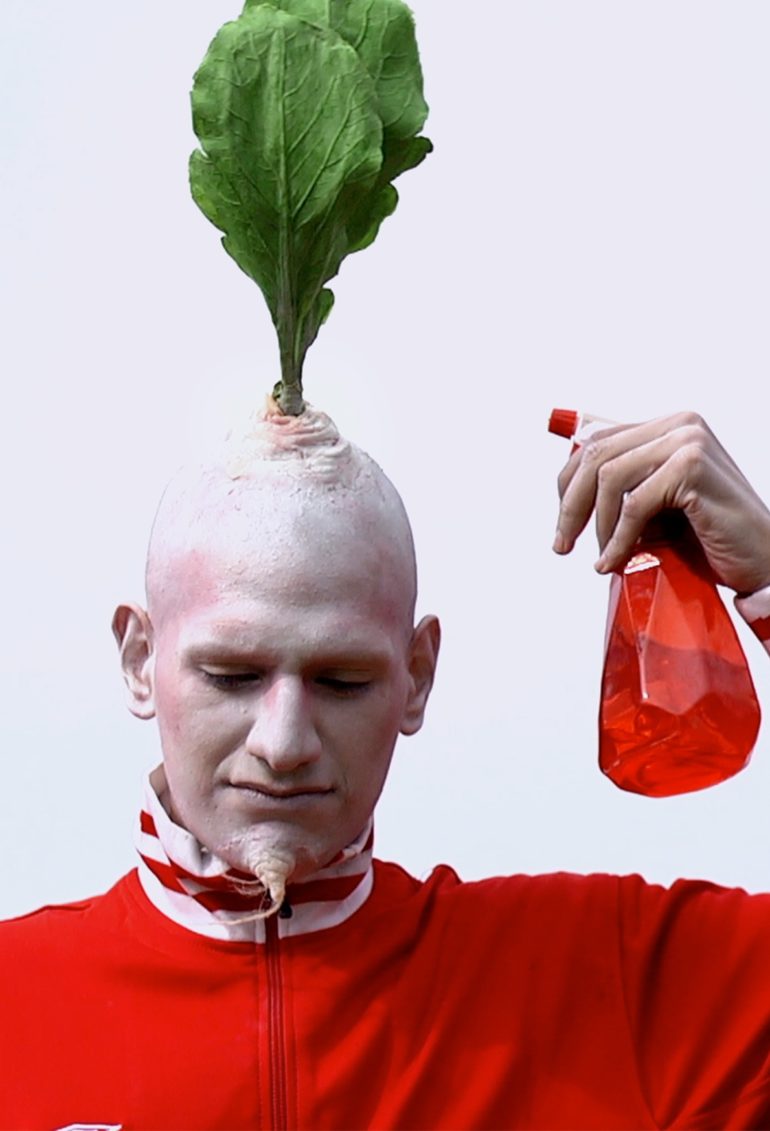 Abstract:
“Radish” is an anthropomorphic character with a radish head – performed by myself – that originally appeared in my work as a metaphorical immigrant, a dislocated creature without name, gender or citizenship. It attempts to articulate my cultural identity rather by employing my own idiosyncratic language.