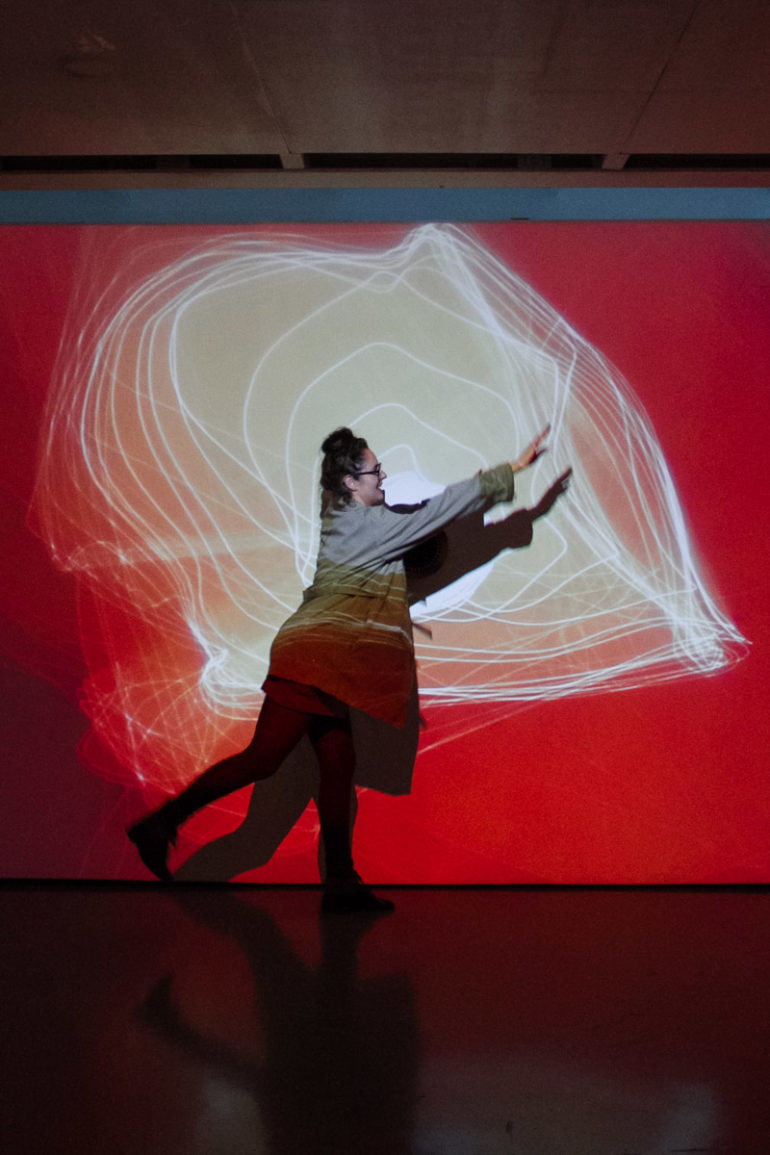 Abstract:
Often I imagine the city without any visual and auditory symbols around us. But we cannot remove any of the mechanisms which construct our world. And we cannot exert even a little influence on the media that was made by those mechanisms. If we have no power to reform our environment, we need to find the possibility of meditations using the signifiers that fill the cities. “Meditation” is a practical and alternative meditation that can only work once you let yourself into the sorcery-like symbols.
Numerous symbols are compressed into the work. The compressed symbols are expressed in irregular patterns of sound through the three audio-visual installations. The sound transforms and shapes the image of waves sinking inside. The reproduced media, when compressed and suppressed, provide more possibilities of thinking and choices than the values contained in its own form. Through these processes, “Meditation” can be the right tool for meditation.

Biography:
Minha Yang was born in Chung Ju in 1975, studied visual communication design at Seoul National University, and received his MFA in graphic design from same university. From 2004 until 2006 he was the CEO of FLUR. And from 2006 until 2008 he was a professor in the design department at Myungji University, and taught Interactive-Graphics. Since 2008, Minha Yang has been teaching Interactive-Graphic and Motion-Graphics design at University of Seoul as a professor.
Minha Yang has participated in many group exhibitions in Korea and abroad, including: Seoul International Media Art Biennale (2002), MAAP Beijing (2002), China Art & Science (2003), Kwangju International Design Biennale (2005), Spain ARCO Biennale MINBAK (2007), Centre Des Arts Enghien-Les-Bains, France, PRINTEMPS PERFUME (2010), Incheon International Digital Art Festival (2009, 2010). The Creators’ Project Seoul and NY (2011), the Seoul Museum of Modern and Contemporary Art opening exhibition (2013). He was selected as “Young Artist” in the 2014 National Young Artist Award. And he has won prizes such as the Excellence Award in the Asia Digital Art Award (2001~2004) and the Canon Award in the Canon Digital Creators Contest (2001, 2002).