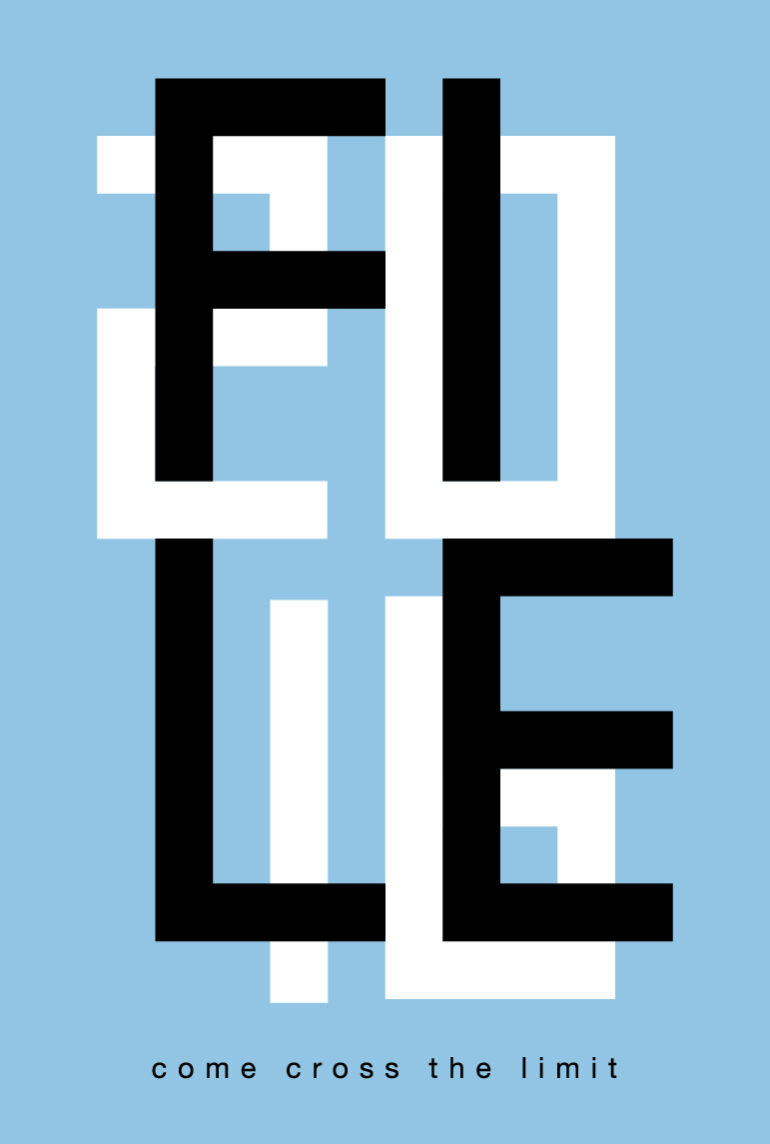 The exhibition invites the viewers to experience the blend of electronic art with contemporary art. To immerse in the withdrawal of the lanes of design, game, animation and art categories. In addition, in this immersion, to check out artistic productions that are tricking some aesthetic boundaries. The image distortion. The color and tone saturation. The fusion of things. The combination of real space with virtual space. The outlining and blurring of vision. The synchrony of image and sound. The combination of old and new. The exploration of mathematical formulas. The extrapolation of media limits. The membrane that builds on itself. The disturbance of software order. The integration of exterior and interior.

It is, above all, an invitation to unlock the door of the senses. To enjoy. To perceive and discover the nuances that exist between one thing and another. However, not to recognize them as a geometric line that reinforces the limits that are barriers, but to recognize the intimacy of the in between the potential of transformation. The interaction and the contemplation, the grope and the hearing which allow to amplify our mind because it is in this process of groping that the imagination experiments the sensation of going beyond its limit.

Ricardo Barreto and Paula Perissinotto
Organizers and founders of FILE

Constant wrapping of pillars with a transparent adhesive tape results in a complex, amorphous surface that is similar to the emergence process of organic forms in nature. The entrance of the audience inside the volume transforms the sculpture into architecture.

“Perspection” explores the perception of space through the use of projection on a series of specifically oriented projection surfaces and spatialized audio. Generative audiovisual compositions modulate the barrier between physical and screen spaces.

Ting-Tong Chang – Robinson – Taiwan & United Kingdom
“Robinson” is an object that recalls the old self-moving machines which entertained kings and queens with their utopist dialogues about citizenship and philosophy: the automatons.

In a numerical formula “1+1”, a calculator may or may not be counting apples (or human beings). The world we see is not the world itself. Is it possible to deal with the principles and the natural laws underlying the world which natural science has been aiming to solve?

“Be Boy Be Girl” is a multi-sensory installation which takes the visitor to a beach in Hawaii. We are invited to experiment and defy reality with Oculus Rift and other devices that envelope not only vision, but also hearing, touch, and smell.

“Sentido Único” is a video installation whose projection of water flowing on a stairway defies the viewer by creating a game between the absence and the presence. The absence of the water which isn’t really there, but is instead represented by a series of images.

“Metamorphy” is a visual and sound interactive artwork, which invites us to touch and explore the depth of a semi-transparent veil. This symbolic skin has an elasticity which is incorporated within the process of metamorphosis: the veil is deformed when we interact, and it becomes again rigid when we stop touching it.

In the installation “Vídeo-Boleba” a screen shows two boys playing with marbles, which, as soon as they leave the frame, appear on its side, scattering around the space near the public, and continuing the scene in the material level.

“Expanded Eye” is a sensitive and interactive light sculpture composed by an acrylic sphere representing a huge eye. The visitor’s eyes are captured and projected in the sculpture, which, every time the viewer blinks, multiplies the number of projected eyes in a fragmented, hexagonal and dislocated way.

“On Shame” is a digital interface in the shape of a dome mirror, which distorts the image of the beholder.

One Life Remains – Slam of the Arcade Age – France

“Slam of the Arcade Age” is a competitive racing game for four players with psychedelic graphics, and an 1000 BPM music. Every time an avatar changes color, the player has to switch to a gamepad of the same color in order to keep on running.

“ETcolor” is a performative game. Having come from a far away universe, the ETcolors are under the command of master PANTONE, which is immortalized in the shape of an obelisk. The master has the power to choose and arrange the capture of a color. Its subjects, the ETcolors, need to find the color wanted by the master.

“Domino” is a video installation which introduces the Non-Stop Stop-Motion technique. With this technique, the images have movements similar to a typical stop motion video but the audience can watch what happens in between the frames of the video and also combine the space of the narrative with the actual space.

“Ink Fall” is an interactive installation which uses advanced digital techniques to make ancient Chinese paintings vividly alive. When we touch the screen, ink traces and drops are split and explode. Sounds of koto strings are also triggered by each touch, and then fuse into the never ending movement of the water inks.

“O jogo quase ideal” is an object in which the cubic structure of a die is modified so that each face has its own space, and each punch is replaced by other dice. The work is based on the text from French philosopher Gilles Deleuze about the Ideal Game, whose first role is: “there is no rule”.

“Colorigins” is a color combination tactile game with Sifteo Cubes. By manipulating the cubes and mixing the colors, the players can get some experience with the concepts of the key colors theory, such as value, saturation, pigments, shades, complements, neutral colors, and the relative visual strength of specific colors.

“KALEIDOSKOP” is a spatial object that can be used in many ways. The vivid liquid bustle can be seen through forms and colors, which can be shaped through touch.

The Pinball simulator was made with used materials such as an old TV screen, an old computer display and a computer, combined with modern manufacturing technologies such as laser cutting. It is about rescuing the childhood memories of those who lived in the 70s and the 80s.

“Daydream” is a game for Oculus Rift. The single player version presented in FILE makes it possible for us to enter a magic valley full of mysteries, surprises and a robot friend, as well as craft items and discover mini-games.

“Peronio” is a game for google oculus which combines virtual and augmented reality. Without using technological devices to touch objects, we should help the boy Peronio to explore his possible future unconventional professions.

This year, after nearly a decade carrying FILE GAMES and FILE ANIMA+ independently, we decided to unite both festivals to create ANIMA+GAMES. By joining animations and games in the same event, we can point out aspects that would go unnoticed if shown under the very logic of each one of them. It’s not about just a way to raise similarities and differences, but especially to emphasize the creative aspects that can occur in the mutual influence of both medium. Besides a selection of games and animations, we present the second edition of FILE ANIMA+ AWARD, with three awards and three honorable mentions, and the program of partner festivals: Japan Media Arts Festival, Siggraph and Athens Digital Arts Festival.
Curatorship: Raquel Olivia Fukuda

FILE Video Art presents this year a cutout of the recent poetic production that combines video and current technologies, breaking the barriers between them and showing how the technical devices change the way we perceive things around us. With forty-four works from over than twenty countries, we seek to investigate how the imbrications between us and the images (with its devices) and between us and the spaces (physical, digital, internal and external) happen.
Curatorship: Fernanda Albuquerque de Almeida

FILE GIF presents this year a selection of more than 40 proposals that highlight the own structure of GIFs addressing patterns, emphasizing or breaking them, whether they are behavioral (individual and social) or formal.
Curatorship: Fernanda Albuquerque de Almeida

FILE Led Show 2016 presents six sensorial video art works that are also exhibited inside the Art Gallery of SESI, two of them as installations and the other four as part of the FILE Video Art curatorship. While presenting these works in these two contexts, we seek to emphasize the overlapping of internal and external spaces for which the omnipresence of the screens directs us.
Curatorship: Fernanda Albuquerque de Almeida

EXHIBITION
Art Gallery of SESI-SP
From July 11th to August 28th
Every day from 10 AM to 8 PM, entry permitted until 7:40 PM