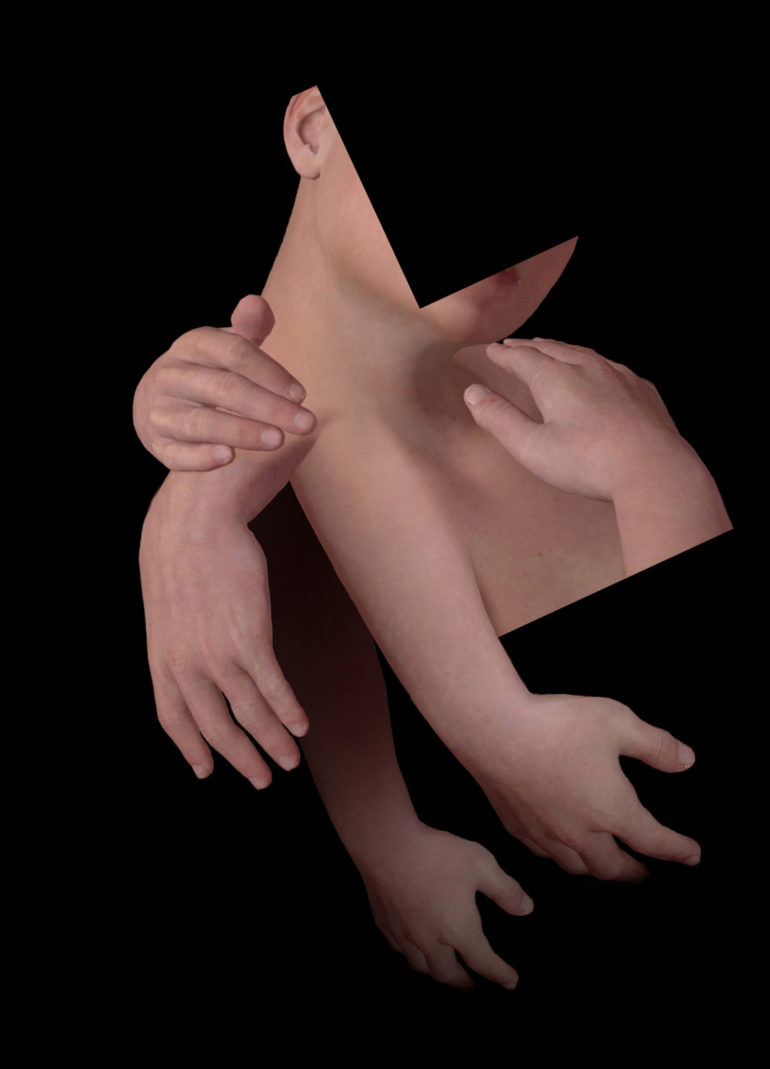 Abstract:
“Les Trois Grâces” is a presence and corporeality simulation in virtual reality. Exposing the underlying power struggle implied within touch, this piece explores the trespassing of bodily frontiers and territoriality. As a sculpture, its object is not matter, but our relationship to the other.
It offers a troubling experience of intimate proportions.