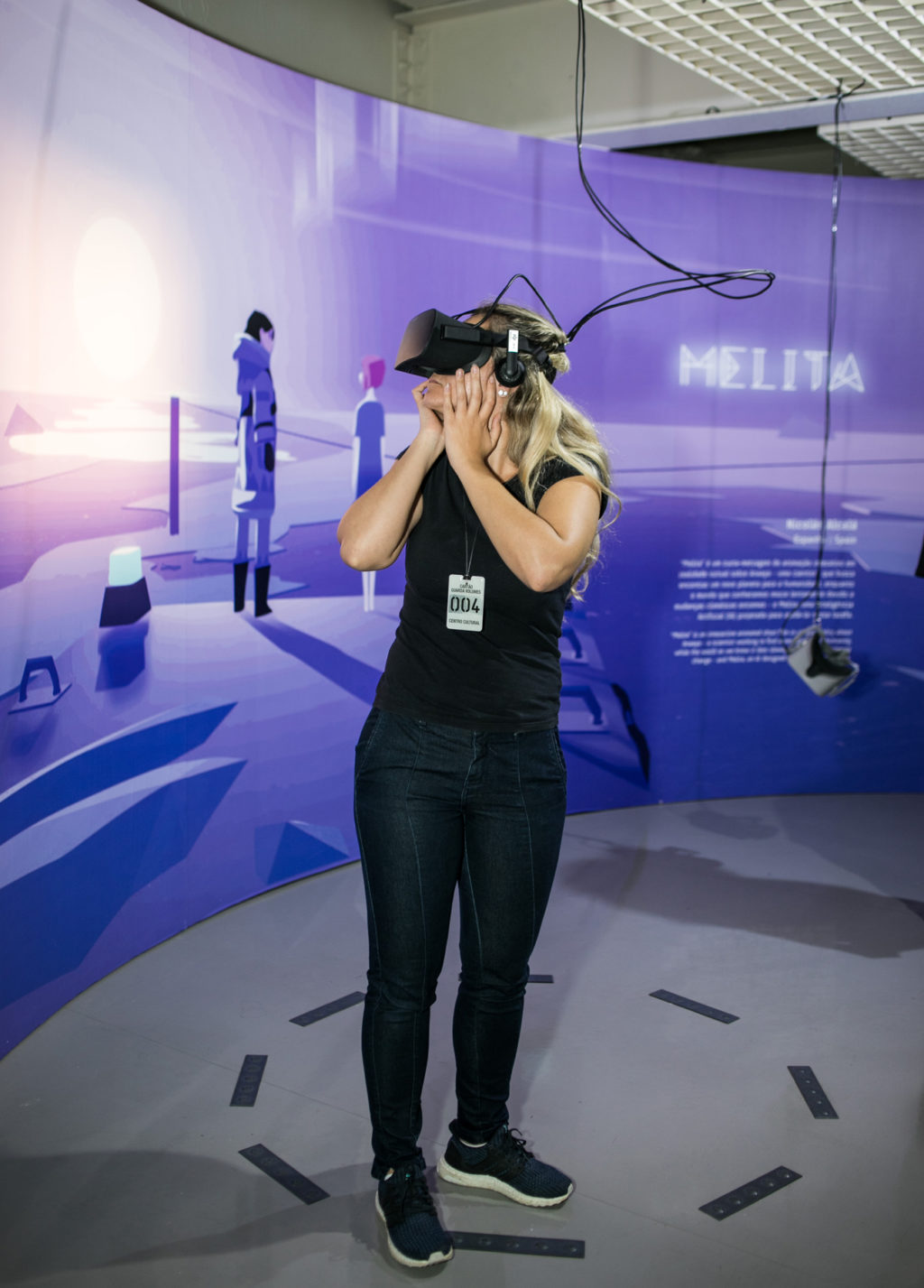 A 20’ (minutes) animated real-time VR (Virtual Reality) short film about Anaaya, a brilliant scientist working to find a new planet for humanity while the world that we know dies slowly due to extreme climate change; and Melita, an AI designed to help her on her herculean task. This is the first part of a much bigger tale, that will take us into Melita’s journey to find Aurora, the next cradle for humanity.

Nicolás Alcalá:  Instead of finishing my degree, I led a team of 200 people making to make The Cosmonaut, one of the first transmedia experiences. It was licensed under creative commons and crowdfunded by 5000 people, raising more than half a million dollars. In the process, I directed a feature film and 36 short films, received international awards, wrote a book and gave more than 100 talks on four continents. Recently, I was selected, along with 79 other beautiful minds from 44 countries, to be part of Singularity University Graduate Program, a university created by Google and NASA along with Peter Diamandis and Ray Kurzweil. The World Economic Forum has also asked me to be part of its Global Shapers network of young global talents. In 2011, I had been editing my film for months and felt the need to do something creative that could be started in the morning and completed by the evening of the same day. Flashback to ten years before that moment, where a 12-year-old is for the first time faced with a dilemma: food or film? He chooses film, but the passion for cooking that he learned from his mother never goes away. So while I finished the film I decided to open a secret pop-up restaurant at the weekends, inspired by the Cuban “Paladares”. Diners came by invitation only but we ended up with a two-year waiting list of a hundred people. The whole concept orbited around food as an experience and storytelling around the ingredients and the people. Now fast forward to 6 months ago, where I decided to quit as CEO of my second company, a successful virtual reality studio, and finally pursue my passion for cooking. Hungry for learning new things, I created a new playground: Cocina Sagrada. A place to merge storytelling and food. To create rituals around the table. To add layers to the stories which explain a dish, to what’s written on the menu, to the whole immersive experience that an elevated dining experience should be.