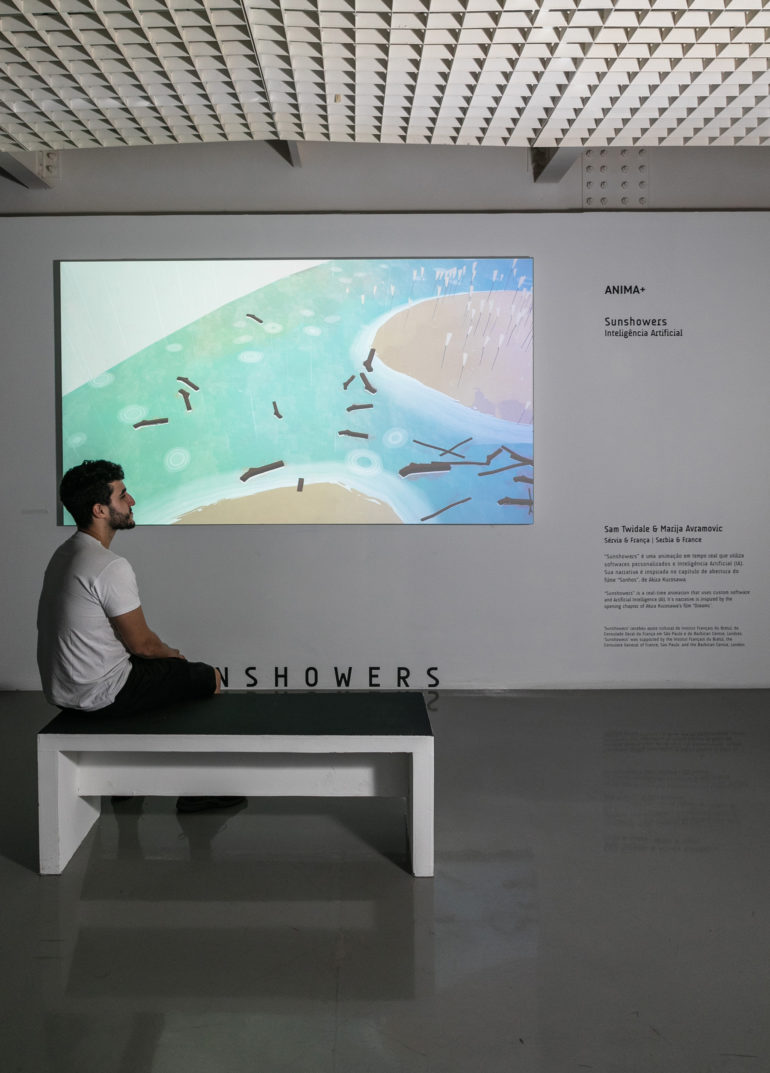 ‘Sunshowers’ is the third in our series of real-time animation artworks. It is inspired by the opening chapter of Akira Kurosawa’s film Dreams which follows a young boy as he explores a forest and stumbles across a fox wedding (Kitsune no Yomeiri). Our piece explores ideas of animism and techno-animism by assigning life in the form of artificial intelligence to all of the objects, both natural and man-made, within the virtual world. The piece unfolds in real time with the characters themselves deciding which paths they will follow.

Credits:
Commissioned by the Barbican Centre, London
*‘Sunshowers’ was supported by the Institut Français du Brésil and the Consulate General of France, Sao Paulo.

Visual artist Marija Avramovic and new media artist/programmer Sam Twidale started working together in 2017. Despite coming from two distinct artistic backgrounds, the main concerns of their work mirror each other. Ideas of storytelling and characterisation from film and video games are present within the work of both artists, especially the ability of these medias to concentrate complex human emotions into a concise experience, the inherent ‘lightness’ of which can be more affecting than in more in-depth studies of the same. ‘Sunshowers’ was supported by the Institut Français du Brésil and the Consulate General of France, Sao Paulo