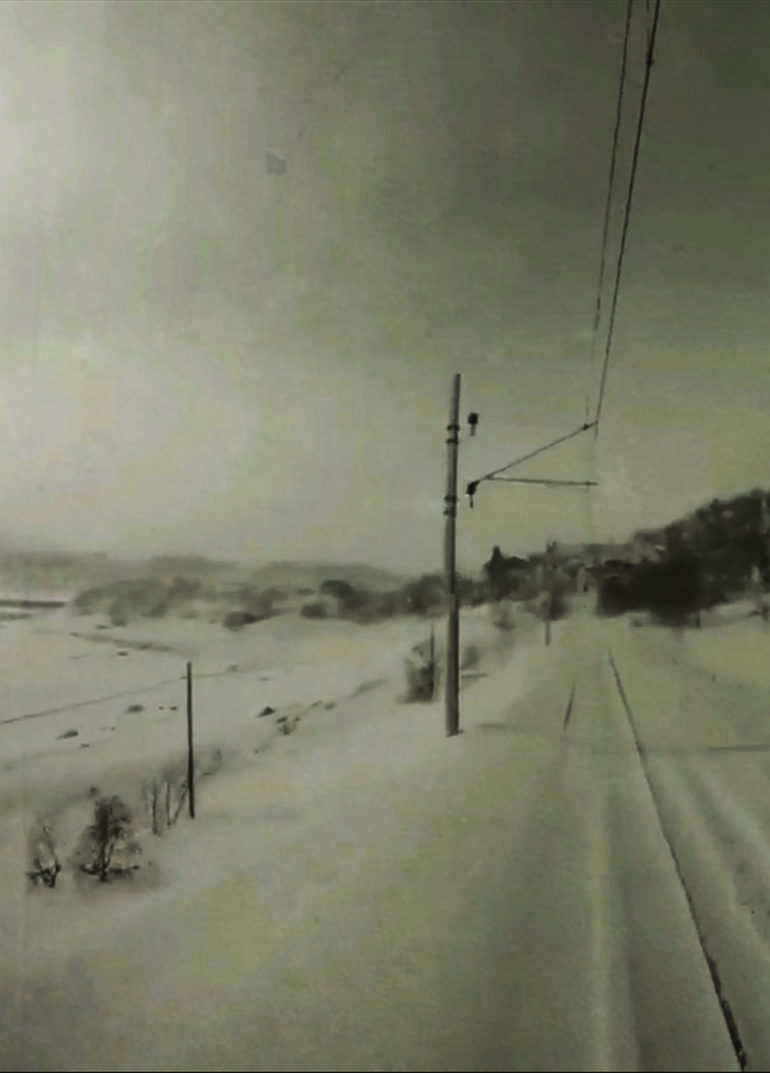 The parallel lines are the force of time, in a single, branching shot.

Fernanda Vogas is a visual and sound artist and producers. She has a Master’s in Visual Arts (Interdisciplinary Poetics) from the Federal University of Rio de Janeiro.

Xabier Monreal is a musician and visual artist, who trained at the Massana Art School in Barcelona, Spain. He has worked with Fernanda since 2010, when they were selected to participated in filmmaker Lars Von Trier’s Gesamt project. Their work has been shown and received awards at important international
and national festivals.

In 2016 they started working on their Acusmática Visual project.