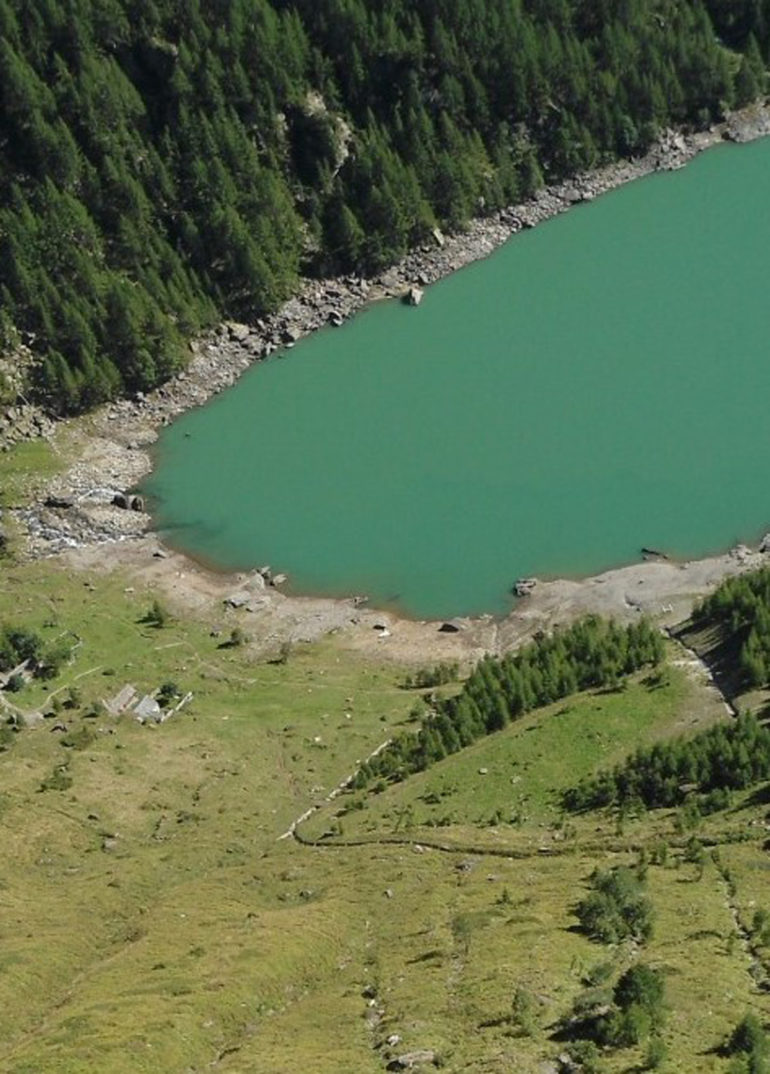 ‘Spycher’ is the name of the place where a barn in the lost Walser village of Ager stood. Ager, the highest permanent settlement of the Ossola Valley (1561 meters above sea level, on the border between
Switzerland and Italy) was destroyed in 1938 when, despite powerful opposition, it was completely flooded to build a dam. Some places and buildings near Ager were not totally annihilated in this process, including Spycher, which in High Alemannic (the German dialect spoken in Ager) means barn, i.e. a place where goods are stored.

Michele Del Prete holds a Ph.D. in Philosophy from the Freie Universität Berlin. He studied Electronic Music in Venice with Alvise Vidolin and Composition in Graz with Beat Furrer. He has attended conferences
and given performances in Europe and the Americas. He organized conferences with Pierluigi Billone in Palermo and in Venice; he has worked on poems by Roberto Bacchetta and has been collaborating with Igor Imhoff since 2015. He is currently investigating the organ (sound identities, spatial values, performance practices) both as a theoretician and as a composer/performer. He lives in Venice, Italy.