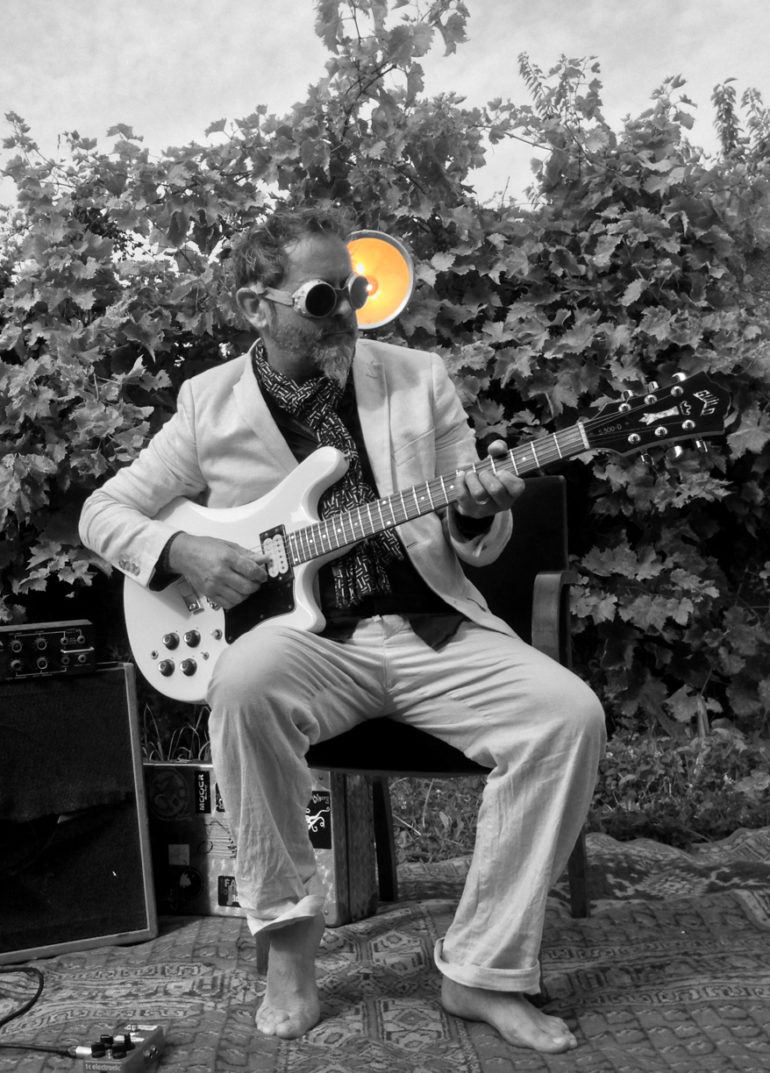 Franck Dadure improvises on a modified electric guitar and homemade electronics in a live recording in a garden next to the Maeght Foundation Museum of Modern Art in Saint Paul-de-Vence in the south of France. Quite unexpectedly, the works of Chagall, Calder, Braque, Giacometti, and Bury escaped from Miró’s Labyrinth next door, jumped over the wall, and took their place among the concert audience. We can hear them clearly in the recording as they show their contentment. They should be thanked for this rare moment, as well as the artists themselves, of course.

Franck Dadure is a French composer, musician & improviser who divides his time between Paris and the Cotentin Peninsula, opposite the Channel Islands. His work ranges from electro- acoustic to free jazz, film soundtracks, and improvisation. – “Open mind music no chapel, no border”.