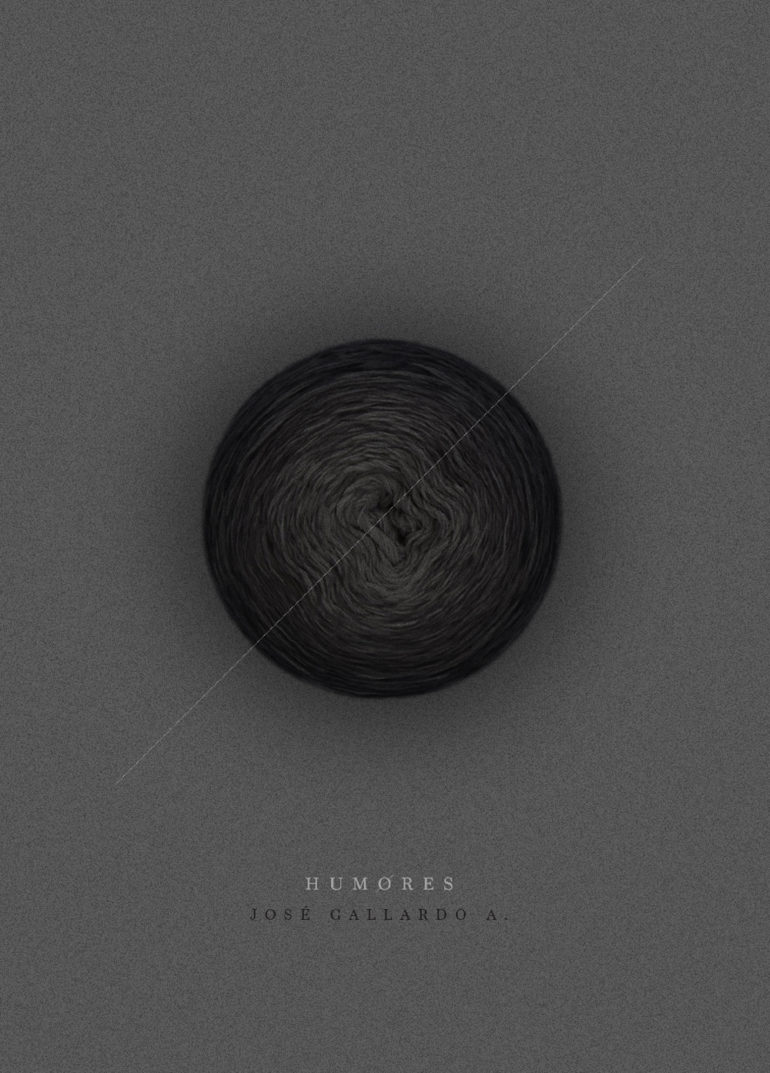 ‘Humores‘ makes reference to the moods or temperaments according to the classification of Hippocrates, considered the father of medicine. The humoral theory, in force from Greek Antiquity until after the Renaissance, comprised four temperaments: Choleric, Phlegmatic, Melancholic and Sanguine.
Predominant in this album are rough textures, carefully agitated sounds obtained by microsampling – often treated in a granular way, and cacophonous conglomerations, almost always in counterpoint with their opposites, as in the game of resonances and punctual sounds of ‘Melancolía’ (Melancholy). The last track, ‘Sanguíneo Pasional’ (Sanguine Passional), is divided into two very clear moments, the second of them
based on a calm drone that brings peace or, better, balance, to close ‘healthily’ this interesting set of music.

José Gallardo A. works as a musical composer at Universidad EAFIT-Medellín. Lectures aesthetics at Universidad Nacional de Colombia. He has composed for many ensembles, devoting himself especially to the experimentation of music generated by computers and traditional instruments.