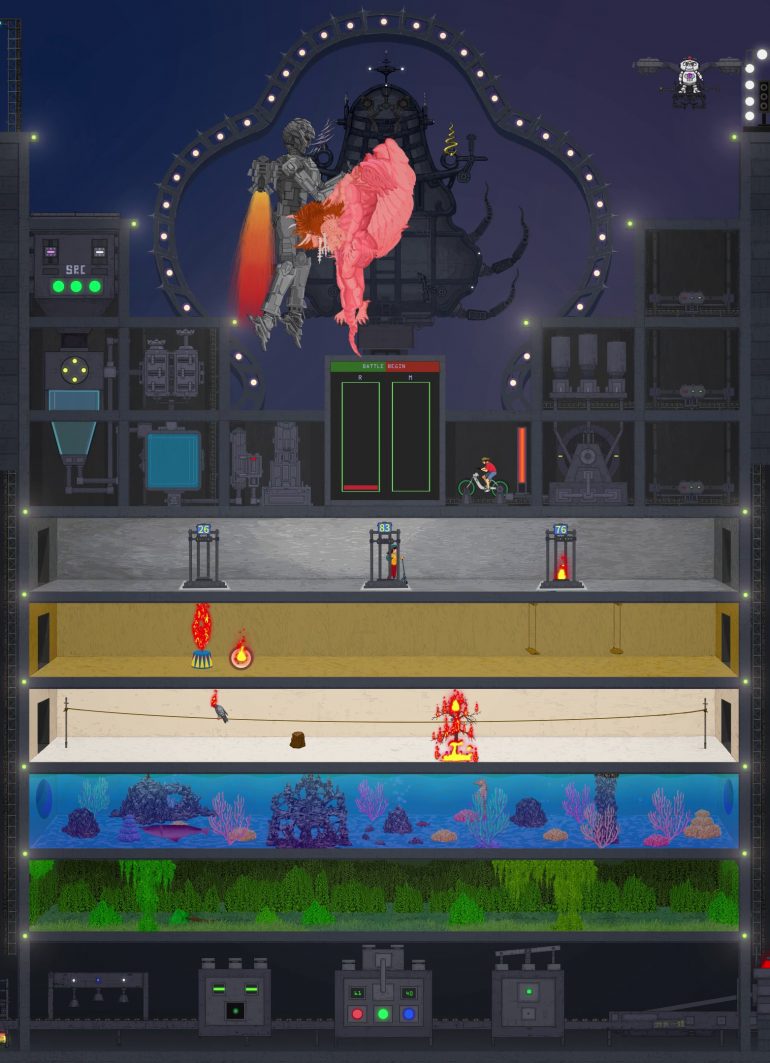 Great Chain of Being

The great chain of being, an ancient philosophical concept, attempted to explain the structures and relationships of the world as a form of hierarchy or set of strata. This philosophical idea is here expressed in the form of the entities that constitute the contemporary world. The philosophers of the past believed that the structure of the world had at its top a god, and that beneath there were angels, animals, plants, and elements. But this conception, as a result of the changes in civilization and culture, defined the elements that currently constitute the world.
This work depicts the contemporary structure in the form of robots, machines, people, animals, and virtual or digital entities. Within virtual systems, these entities undergo a process of creation, arrangement, use, disposal and recycling, through which they emerge and disappear. The work depicts the stories emerging from these processes, against the background of a systemically designed landscape akin to a factory.

Sung Rok Choi (b. 1978, Korea; lives and works in Seoul) engages in digital animation and video work to explore contemporary landscapes and narratives generated by technology. He is interested in understanding how relationships change in response to technological advancements. Choi has shown his work in Korea and abroad over the past ten years. He has a BFA from Hong-Ik University, Seoul, Korea, and an MFA from the School of Art, Carnegie Mellon University, Pittsburgh. Career highlights include his participation in “Project 2” in Busan Biennial in 2016, Ars Electronica Festival, Deep Space 8K, Linz, Austria, and Gwangju Media Art Festival, Korea, in 2017.