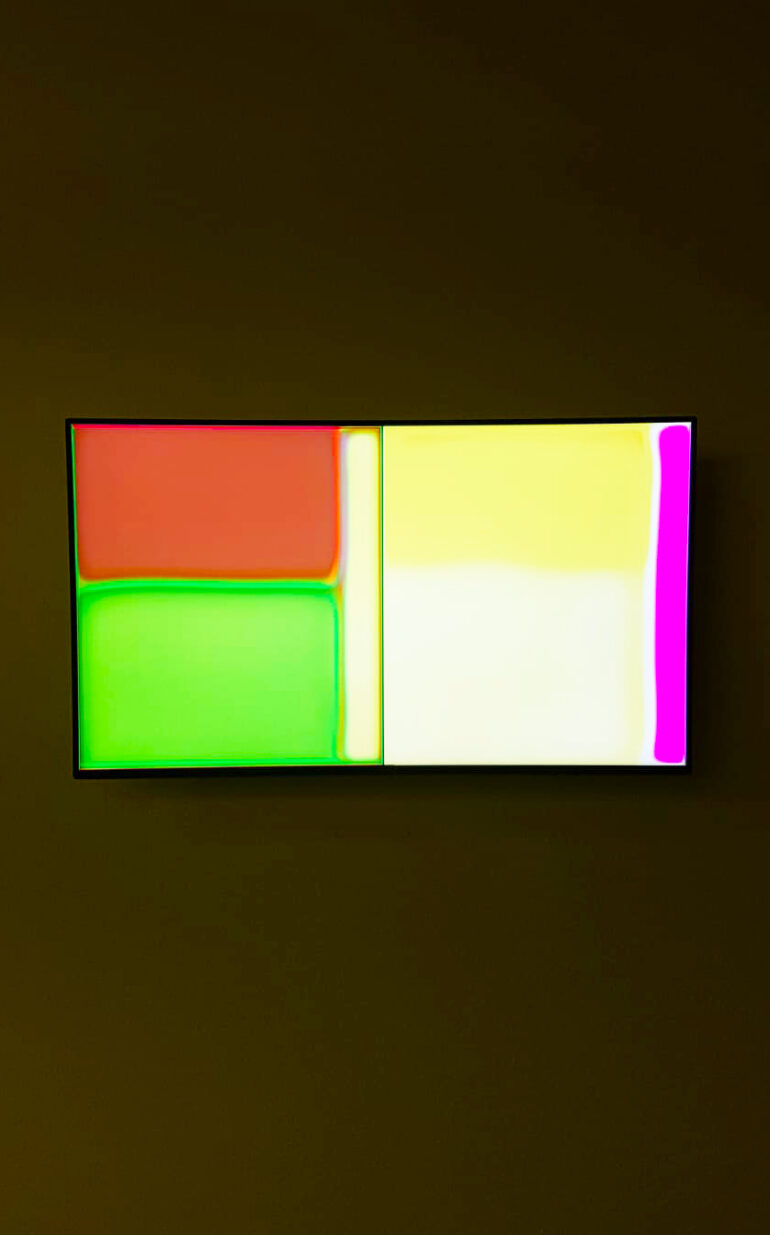 (un)stable equilibrium (2019) is a series of works that are borne out of an artistic practice developed around the training of generative neural networks without any training data. The arrangement of networks takes inspiration from the Generative Adversarial Networks architecture, but here, there are two generators that try to have their output passed off as the other network’s, while both competing to have more diversity in the colors they produce compared to the other network. The development of the software and the training of the two networks was done through an intimate process by the artist guided through intuition and aesthetic exploration.

Bio:
Terence Broad is an artist and researcher based in Newcastle Upon Tyne (UK). He has a research-led practice exploring new methodologies for computational image making. Since 2015 he has been making art using machine learning, engaging with themes of replication, simulation and representation. His research explores new methods that allow for the manipulation of ‘black-box’ AI models, and other strategies for uncovering the latent aesthetic possibilities of generative AI systems. His practice is a process of humanizing technology and giving rise to the possibility for a subjective machine.
Broad’s work has been exhibited internationally, at venues such as The Whitney Museum of American Art (2016), The Barbican (2017), Ars Electronica (2017), and The Garage Museum of Contemporary Art (2018). He has been awarded an honorary mention at Prix Ars Electronica (2017) and has won the ICCV Grand Prize for Computer Vision Art (2019).