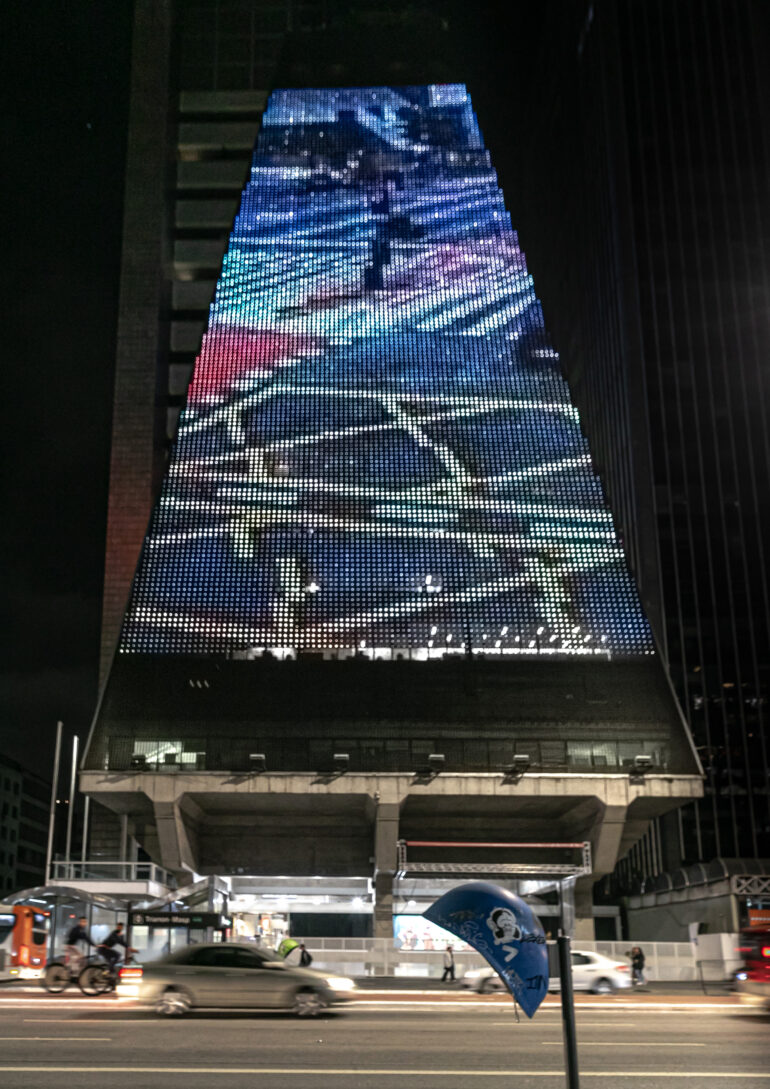 Cartometrias Brandas explores images as a way to give visibility to the complex informational data universe that circulates the air in Avenida Paulista’s area. The piece operates two natures of signals of discrete communication: one pretty traditional broadcast system, the radio, with invisible waves modulated by frequencies; the other, from images of video surveillance that work like a reverse communication broadcast. It conjugates images from video surveillance and radio frequencies, making one interfere on the other, making them visible as indiscrete local mirrorings. In the crossing of those systems, in the intersection of two or more mediums, something new and hybrid is revealed.

Bio:
Realidades (http://www2.eca.usp.br/realidades) is a research group from USP that works with art, technologies and the concept of reality. From virtual to augmented and mixed reality environments; from cybrid modalities to the ubiquitous computing; from representations to the emulations and simulations, there is a broad spectrum which challenge and redirect the concept of ‘reality’. In an era that is characterized by an increasing complexity, how to coherently handle the systems that give us access to the “semiotically real”?