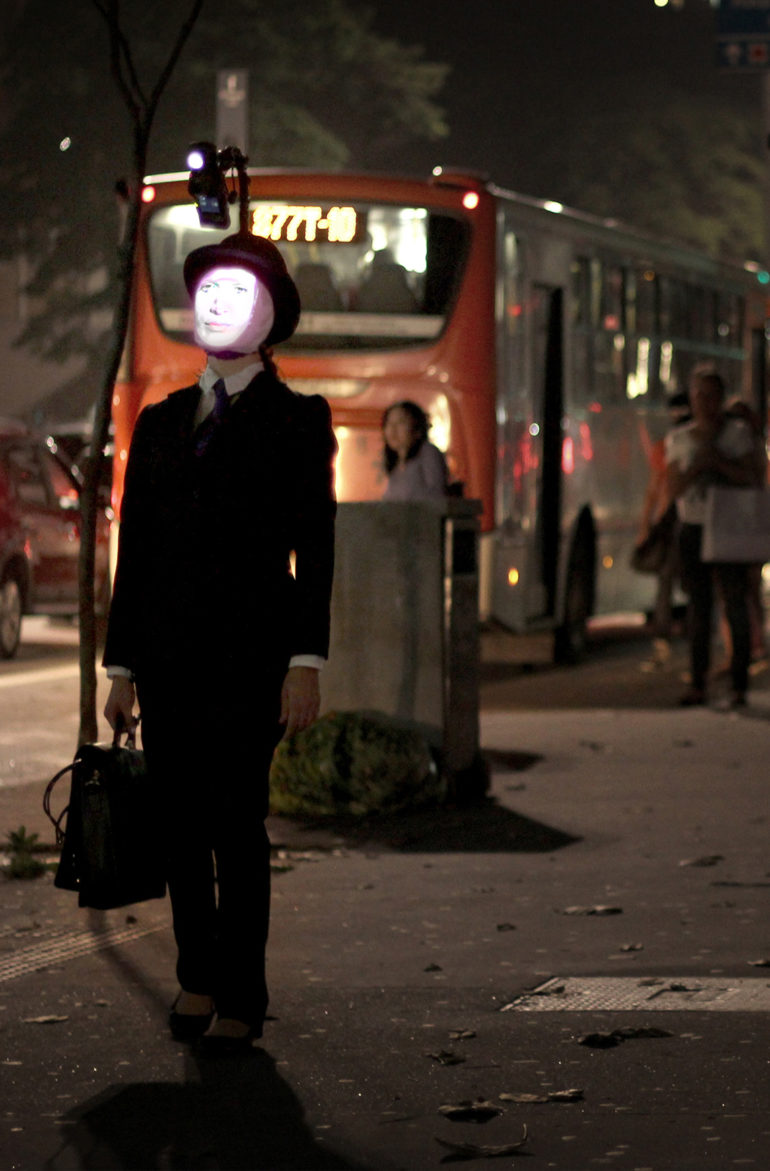 Abstract:
Inspired by “The Hero with a Thousand Faces”, by Joseph Campbell, “Monomito” is a multimedia performance in which the performer crosses the public space wearing an apparatus that recognizes visual patterns of human faces, “kidnapping” them and projecting them in the mask of the performer, as well as other places in the space he crosses. For the presentation in FILE, the LED panel of the Galeria de Arte Digital SESI-SP, at Paulista Avenue, will exhibit in real time the faces captured by the performer, establishing a dialog between the monumental and the mundane.

Biography:
Paloma Oliveira has a master’s degree in Visual Arts from Universidade de São Paulo. She is a developer of social empowerment actions, of multimedia. She is a researcher, educator and cultural producer. She looks for convergence and applications for the digital technologies on the body, in the arts and the urban space. Currently she is interested in aesthetical possibilities and corporal experiments mediated by biophysical (electronic) sensors and biosensors (microorganisms).

Mateus Knelsen is graduated in Digital Design from Universidade Anhembi Morumbi, in Sao Paulo, and is a master’s student of Interdisciplinary Poetics in Universidade Federal do Rio de Janeiro. He acts as an artist, programmer, designer and researcher of multimedia languages. He also acts as a lecturer on workshops about media and technological processes, open source culture, creative programming and interactive audiovisual.