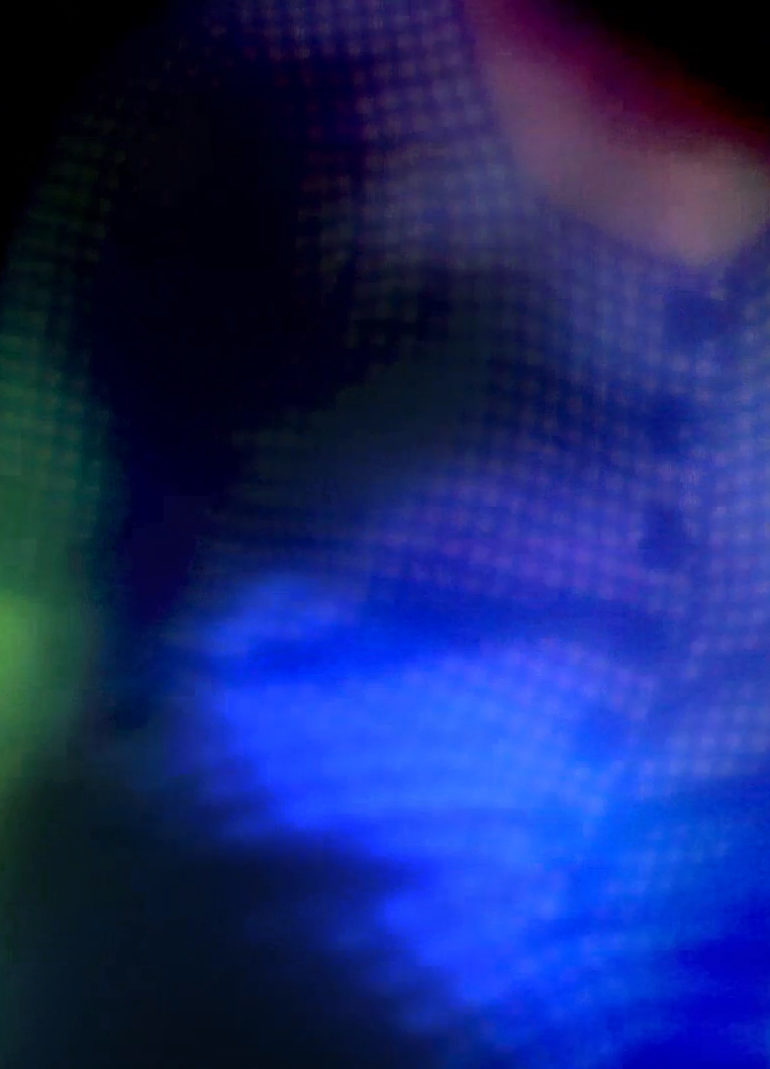 Abstract:
“Crocevia” (Crossroads) is always being on the verge of … about to … choose something, one road or another, a succession of tiny incessant tremors that prevent stagnation. Crocevia is an audio-visual rebus complete with cancellations, details and missing elements. A space to conceive. An event to rebuild. Only virtual can be high-definition, not imperfect and ambiguous reality. A crossroads of memory, of its opaque (non)reproducibility. A turning point, the point for making a decision. Or lose the chance forever. Every crossroads gives rise to temporizing, inner debates between one part and another, between one direction and its opposite. Every choice misleads your path. Which direction should you lose? Can the process of production and reproduction gradually engulf the body captured in the images? By later revisiting and reproducing these images, from mold to mold, can we succeed in amplifying – through removal – the meaning the image bears?
The space of the images is expanded by the sounds. These sounds, belonging to memories, move everywhere without taking a precise position, they are organized following the idea of perpetual indecision suggested by the video. The sounds become the object of thought of the figure dressed in blue and therefore do not find a perfect place, they move continuously, sometimes are close, sometimes are out of focus, sometimes they spread out in space to form a bigger soundscape. The sound material comes from the re-elaboration of recordings made with dpa microphones within beehives in Florida and other field recordings collected over the past few years.
Credits:
Concept, Film, Editing: Salvatore Insana
with Elisa Turco Liveri
Music: Giulia Vismara
Produced by Dehours/Audela
with the support of Wunderkammer Associazione Culturale

Biography:
Dehors/Audela is a collective formed by Elisa Turco Liveri (performer, choreographer) and Salvatore Insana (videomaker, photographer, director). Under the sign of mutual interference, they start from a practice in which, if the body and the action constitute the center of the dramaturgical texture, the video and the sound also tend towards a physical and organic consistency. The collective Dehors/Audela has always worked on the investigation of border sites. Interstitials of the present, not only conceived as physical places, but also as social and anthropological aspects. The indefinite and the hybrid have always been the favorite areas of research of the artistic collective. In collaboration with the musician and sound artist Giulia Vismara, and in the constant attempt to overcome genres, places and unconventional tools, they have given life to video-theatrical works, performances of dance, audiovisual research projects, urban and photographic installations, and experimental workshops.