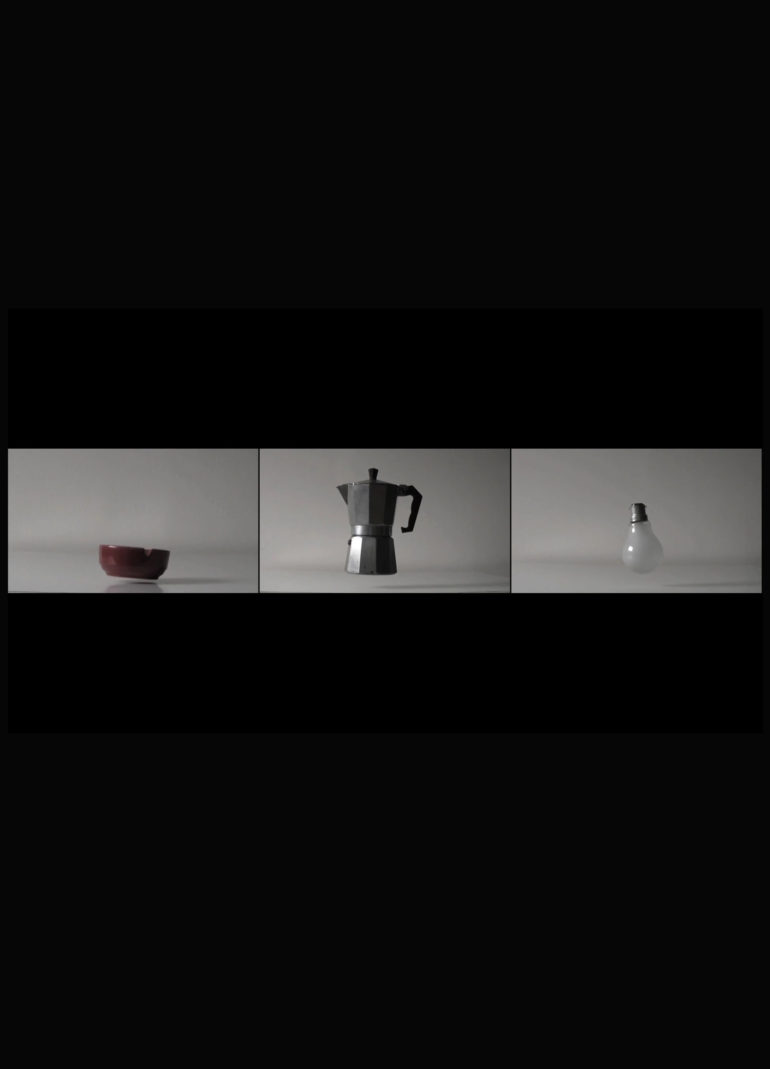 The Subtle Levitation Of Everyday Objects

Abstract:
We live too fast to look at the small details, to enjoy the small moments, everyday is considered banal, boring, unimportant, without appreciating that what makes life worthwhile are those little moments that we enjoy in our day to day, those little things that make us feel good. In my work I try to show the hidden magic behind those daily actions that normally go unnoticed. For this I use habitual objects, to which I add life, giving them some magic. As an illusionist, I convert these objects into transmitters of meaning, of an abstract meaning, protagonists of the metaphor that surpasses the everyday to enter the field of aesthetics. With the minimum of possible elements, influenced by minimalism, and with the pretension to make transcend the ordinary.
In “The subtle levitation of everyday objects” appear a series of objects that I do levitate. An ashtray, a coffee pot and a light bulb defy the laws of gravity and begin to float.

Biography:
Fran Orallo was born in Badajoz in 1979. In 2001 he moved to Valencia where he graduate in art in the Technical University of Valencia (UPV). During this period he moved with an Erasmus scholarship to Bordeaux College of Art Bordeaux (France) the second semester of the year 2004/05 and participate in different collective expositions organized by the university. He currently resides in Glasgow , Scotland and his work has been shown in several exhibitions, biennales, ferias and international festivals all over the world, having projected in more than 30 countries. Also his work appears in several catalogues published by different institutions.